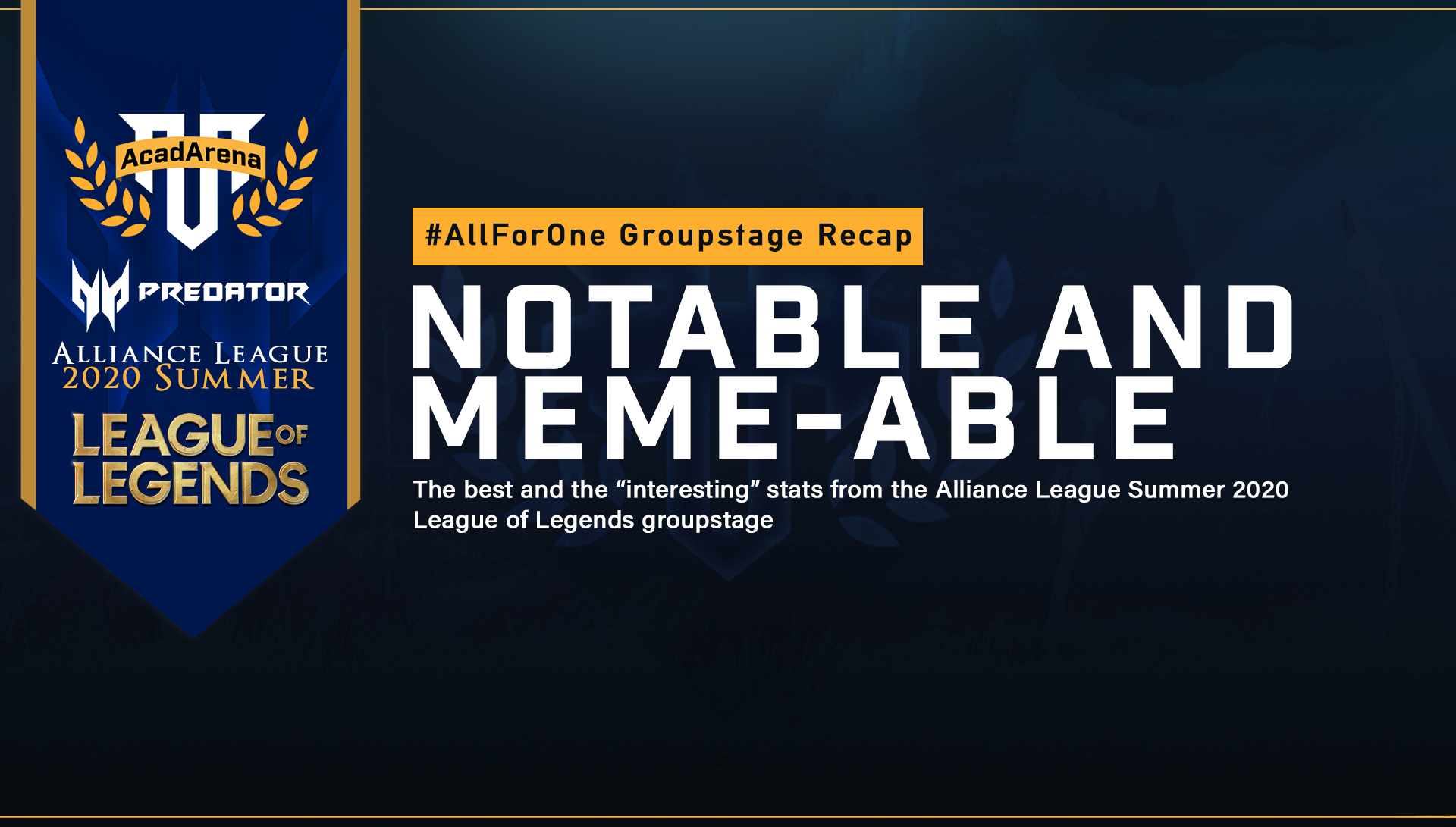 The Predator Alliance League Summer 2020 League of Legends groupstage was a showcase of collegiate prowess of all forms from the teams and players fielded by our AcadArena Alliance member teams.

As we wait for the playoffs let’s revisit some of the interesting and “interesting” stuff and stats that our teams and players managed to achieve during the groupstage battles.

The road to the Finals begin! Tune in this Sept 12 and 13, 2020 and witness our Top 4 teams, UPD Oblation Esports, FEU iTamaraws, HAU Valiant Esports and UST Teletigers battle for the grand finals slot only at twitch.tv/acadarenaph