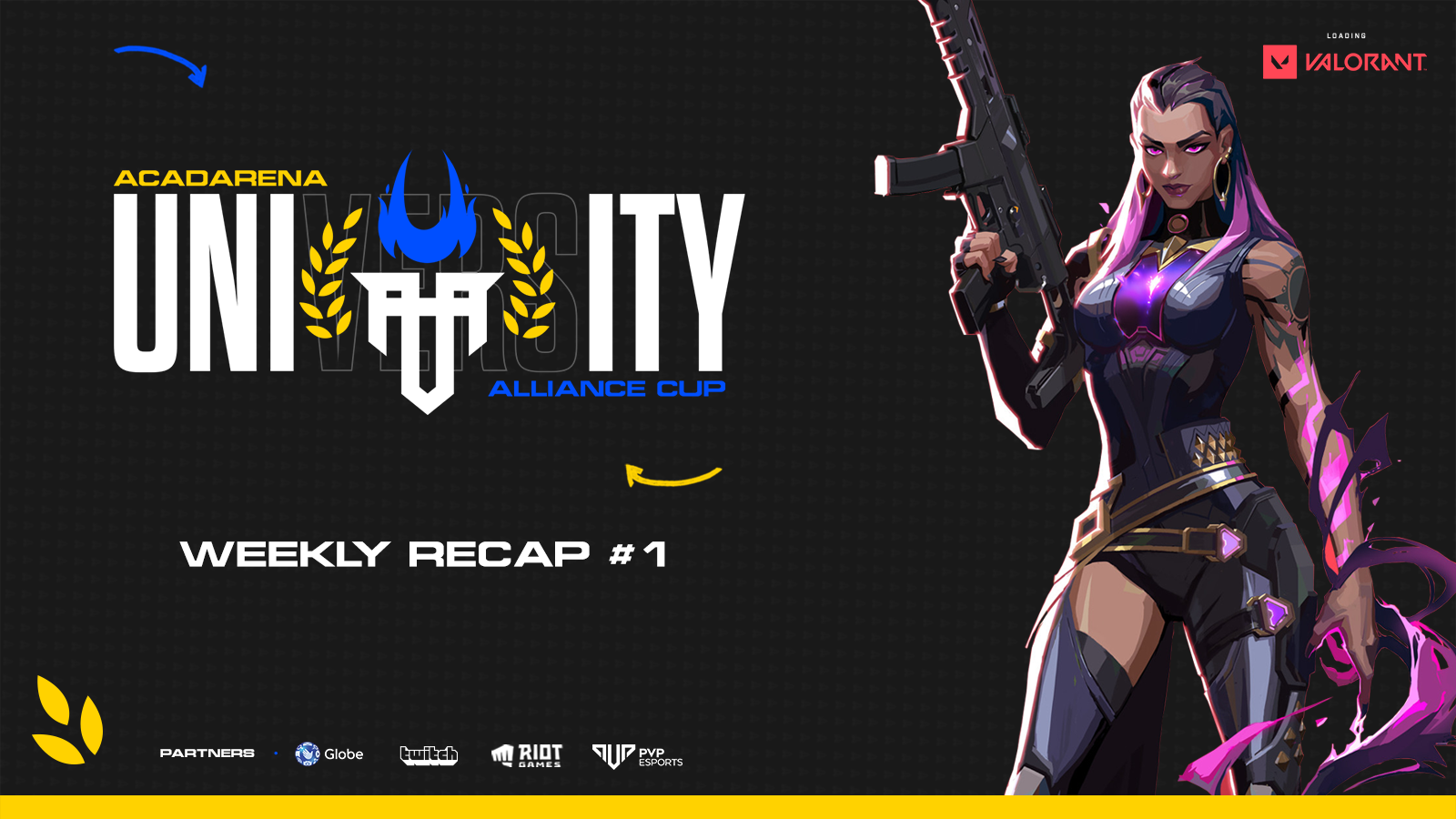 The biggest campus tournament in the Philippines kicked off last Saturday with 6 mouth-watering, opening-day Valorant matches. Missed the action? We’ll keep you up to speed.

The MGS Spades took down the Valiant Archangels to prove that superior gunplay and well-executed entries will always give your team the advantage despite playing as the first-half attacker in defender-favored maps such as Split.

What started out as an all-out drubbing gave fans of the FIT iTamaraws a heart attack when they almost squandered a 10-2 lead against the Malayan Warlocks on Bind. The iTamaraws saw their lead go down to 12-10 but were able to right their boat on time to seal the win.

An exciting matchup between household name DLSU Viridis Arcus and new boys SAGE Esports met an anticlimactic end when one of Iloilo’s reps got disconnected and was unable to reconnect to the match. It was easy pickings for the Green Archers then on but the Golden Eagles have shown glimpses of quality that can’t be taken for granted.