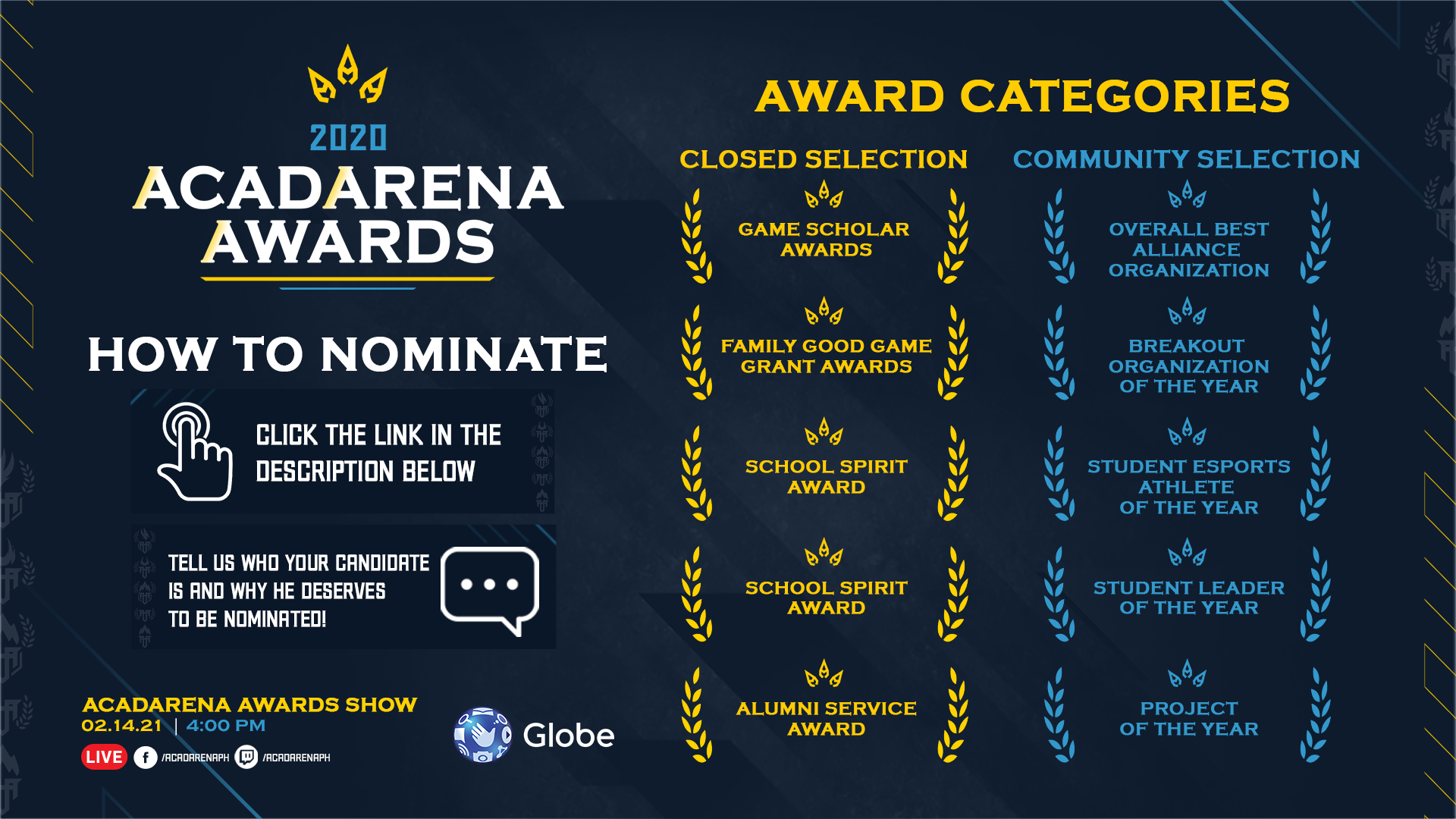 All You Need to Know About AcadArena Awards!

AcadArena Awards is our annual recognition for all things campus esports within the Alliance program! Here, we give honor and recognition to the hard work and dedication of the students that keep the flame of campus esports alive.

The Alliance is our student org support system and nationwide network of schools that gives students resources and guidance to build their campus esports program. Learn more about our G.A.M.E Scholarship, and how we’re able to empower student gamers.

Sneak peeks on 2021 AcadArena plans and special features from other partners will likewise be shown here!

Mark your calendars, AcadArena Awards goes live this Feb. 14, 2021 at 4:00PM on Twitch and Facebook!

Closed Selection - Titles here will be deliberated on by the AcadArena Awards panel based on the record and/or applications submitted of the eligible Alliance members.

**Only open to 3-star members.

*Only open to 2-star members and up.

Let’s celebrate the efforts of the top campus esports organizations in the Philippines as they set an excellent example for the future of campus esports. Nominations and voting are open to all students from any university!

Excited about the awards? Let us know your thoughts by posting and tweeting us with #AcadArenaAwards!