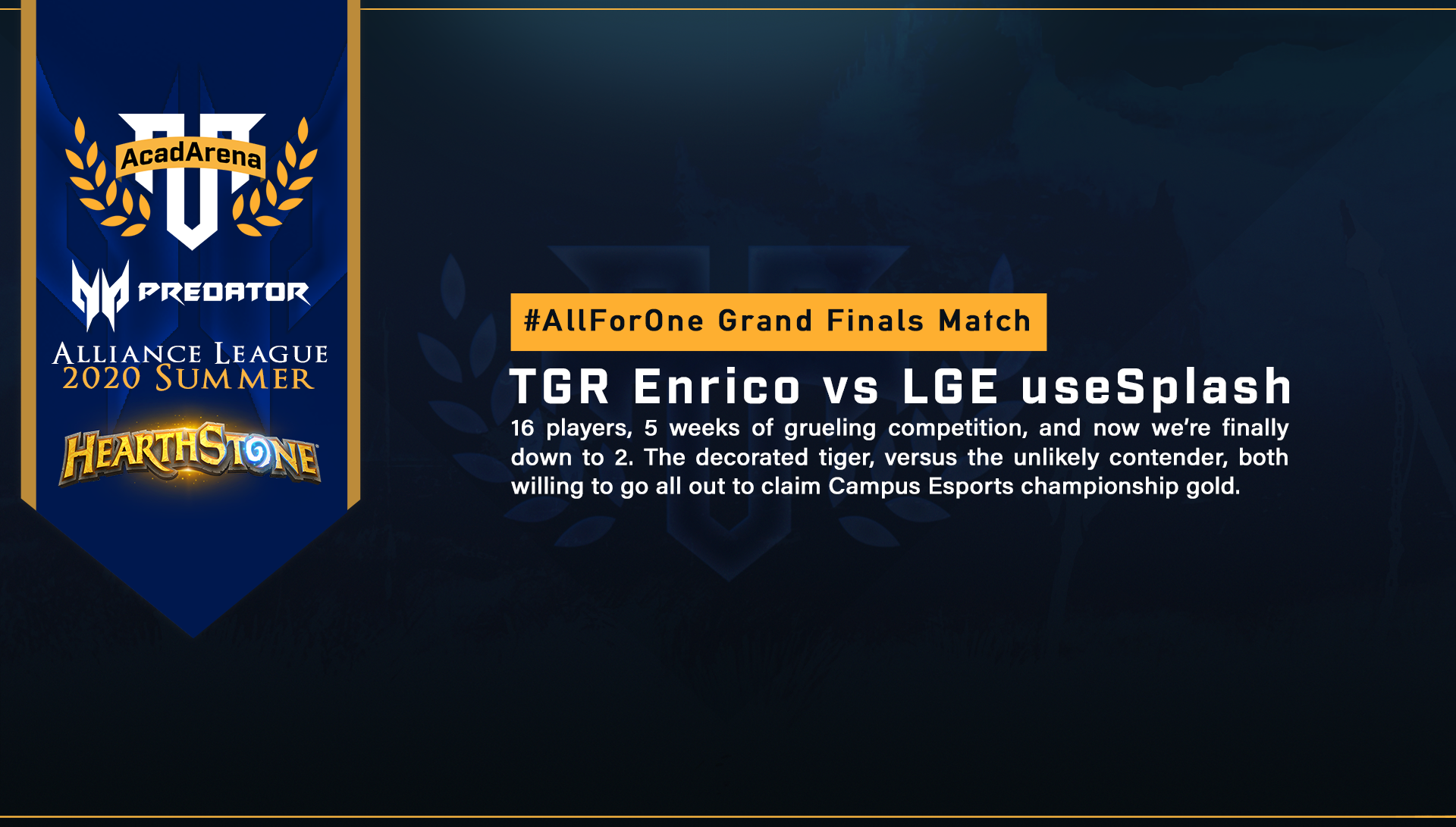 The inaugural season of the Esports AcadArena Alliance League: Hearthstone started with 16 players duking it out week after week with a mix of meta decks and student budget homebrew lists. That list is now down to two.

Undisputed. Never in doubt. Enrico Lim of the Teletigers came into the tournament as the league’s most decorated player having won Nexus and Liyab Hearthstone Showdown, placed in the top 8 of Hearthstone Elite Series Philippines, and played in Master’s Tour Los Angeles.

While this may be Rafael “useSpalsh” Evangelista’s first collegiate tournament, he actually participated in Nexus and placed third, prompting some viewers to think that him going this far isn’t just a miracle run, he was a contender from the start.

Enrico went up against Adrian “Wrath” Macaraig of the Malayan Warlocks and won the series 2-1, while useSplash swept Valiant Esports poster boy Sian “Zells” Dela Cruz 2-0 with the help of his trusty off-meta decks.

The finals will be played in a best-of-5 Conquest format instead of the regular best-of-3. Enrico went with Bomb Warrior, Soul Demon Hunter, Highlander Mage, and Guardian Druid. His Warrior list is unchanged from last week but he made a few interesting inclusions to his Demon Hunter and Druid lists in the form of Altruis the Outcast and King Phaoris, respectively. Highlander Mage is an odd bring as a whole given the popularity of the more aggressive Tempo variant.

Meanwhile, if eyebrow-raising decks are all we’re talking about then useSplash certainly takes the cake. Libram Paladin is once again the only optimized Scholomance Academy deck in his arsenal. Spell Druid and Quest-Galakrond Shaman make their way back into the board, but the talking points they have to offer pale in comparison to his fourth deck: a very peculiar-looking Galakrond Priest.

Catch the Grand Finals for the Predator AcadArena Alliance League Summer 2020  this weekend, September 19, 2020 only at twitch.tv/acadarenaph