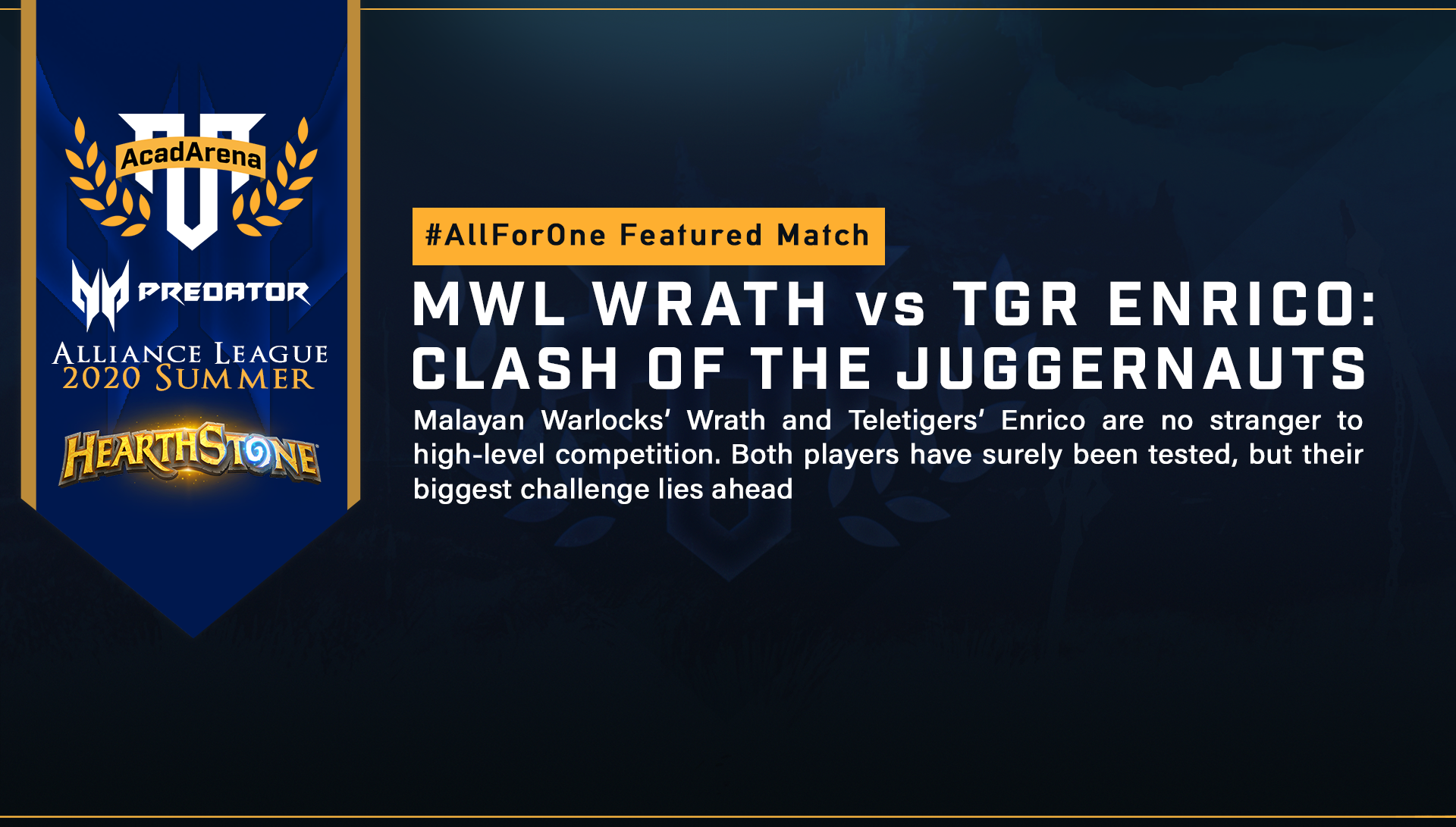 The semifinals of the Esports AcadArena Alliance League: Hearthstone will be kicking off with a clash between two heavyweights with Malayan Warlocks’ Adrian “Wrath” Macaraig going up against Teletigers’ Enrico Lim.

These players are no stranger to high-level competition, having both played in the Hearthstone Elite Series - Philippines last summer. Wrath finished first runner-up in the Esports AcadArena Spring Nationals last year, while Enrico has two Liyab Hearthstone Showdown titles under his belt.

Wrath and Enrico both cleared their first round matches with ease, taking down their opponents from Warrior’s Arena and Valiant Esports 2-0, respectively.

Enrico’s game plan for the next round seemed straightforward enough but he suddenly found himself a game down against Chris “jjrockmaster” Barago. Enrico righted his boat on time to make a convincing 2-1 comeback after a dominant display on Enrage Warrior and Aggro Rogue.

The same can be said for Wrath’s quarterfinal series against Oblation Esports’ Tyrone “Shampoo” Aguila where he had to beat Aggro Rogue twice in a row to book his spot in the next round after losing an unfavored matchup against Libram Paladin in the first game.

Both players have surely been tested but their biggest challenge lies ahead. Enrico will be sporting Guardian Druid, Bomb Warrior, and Highlander Priest against Wrath’s Miracle Rogue, Guardian Druid, and Soul Demon Hunter.

Both players understandably cut out Kael'thas Sunstrider from their Druid lists after nerfs to his mana cost reduction but the noticeable difference between their decks is Enrico’s tech inclusion of Animated Broomstick.

Enrico is also running Galakrond, the Unbreakable, without any invoke cards in his Warrior list for the sole purpose of using him as a finisher. It will be interesting to see how it fares against Wrath’s Soul Demon Hunter, which surprisingly contains a single copy of Frozen Shadoweaver.

Highlander Priest decks may be on the unrefined side of the current meta but it can surely put up a fight against Miracle Rogue in terms of card value.

Catch the Semi-Finals for the Predator AcadArena Alliance League Summer 2020 Hearthstone this Sunday, September 13, 2020 only at twitch.tv/acadarenaph