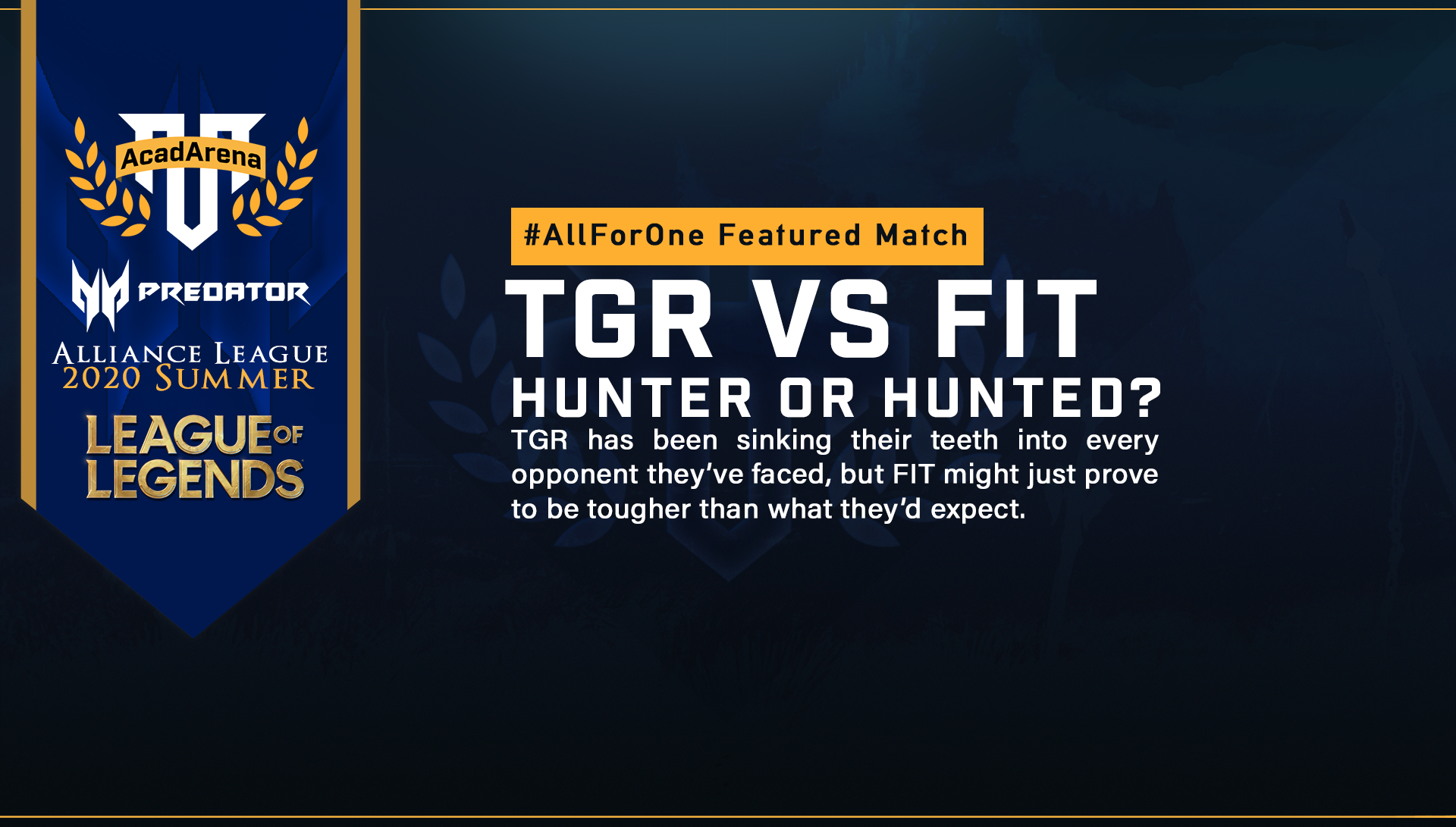 The University of Sto. Tomas Teletigers have been sinking their teeth into every opponent that they've faced for the entirety of the group stage, however, Far Eastern University - IT's iTamaraws might prove to be a tougher prey.

Just like UPD from Group A, the UST Teletigers established their own undefeated streak in Group B of the Predator AcadArena Alliance League Summer 2020 League of Legends. Aside from their hot streak, the Teletigers have also established themselves to be one of the trickiest teams to deal with, as their constant rotation between player lineups would mean that they are ready to pounce on any unexpecting prey. If there's one thing to look out for though its the team's deadly Bottom Lane duo, TGR Tenebria, and TGR Cresho whose prowess has allowed them to sit at the top of the KDA boards for Bottom lane core and Support roles respectively.

Contesting the finals slot against TGR is FEU iTamaraws, a team that nearly mauled every opponent that they've faced in the group stage, with the exception of UPD, the team to which they suffered their only loss. A team who also doesn't just settle for the slow and steady approach, team iTamaraws is not afraid to force skirmishes, and contest objectives, in an attempt to quickly convert whatever small win into a major advantage.

Who is the hunter and who will be the hunted, that question will be answered this Sunday as both TGR and FIT pull off all the stops in the Predator AcadArena Alliance League Summer 2020 League of Legends Semifinals.

Catch the Semi-Finals for the Predator AcadArena Alliance League Summer 2020 League of Legends this weekend, September 12 and 13, 2020 only at twitch.tv/acadarenaph