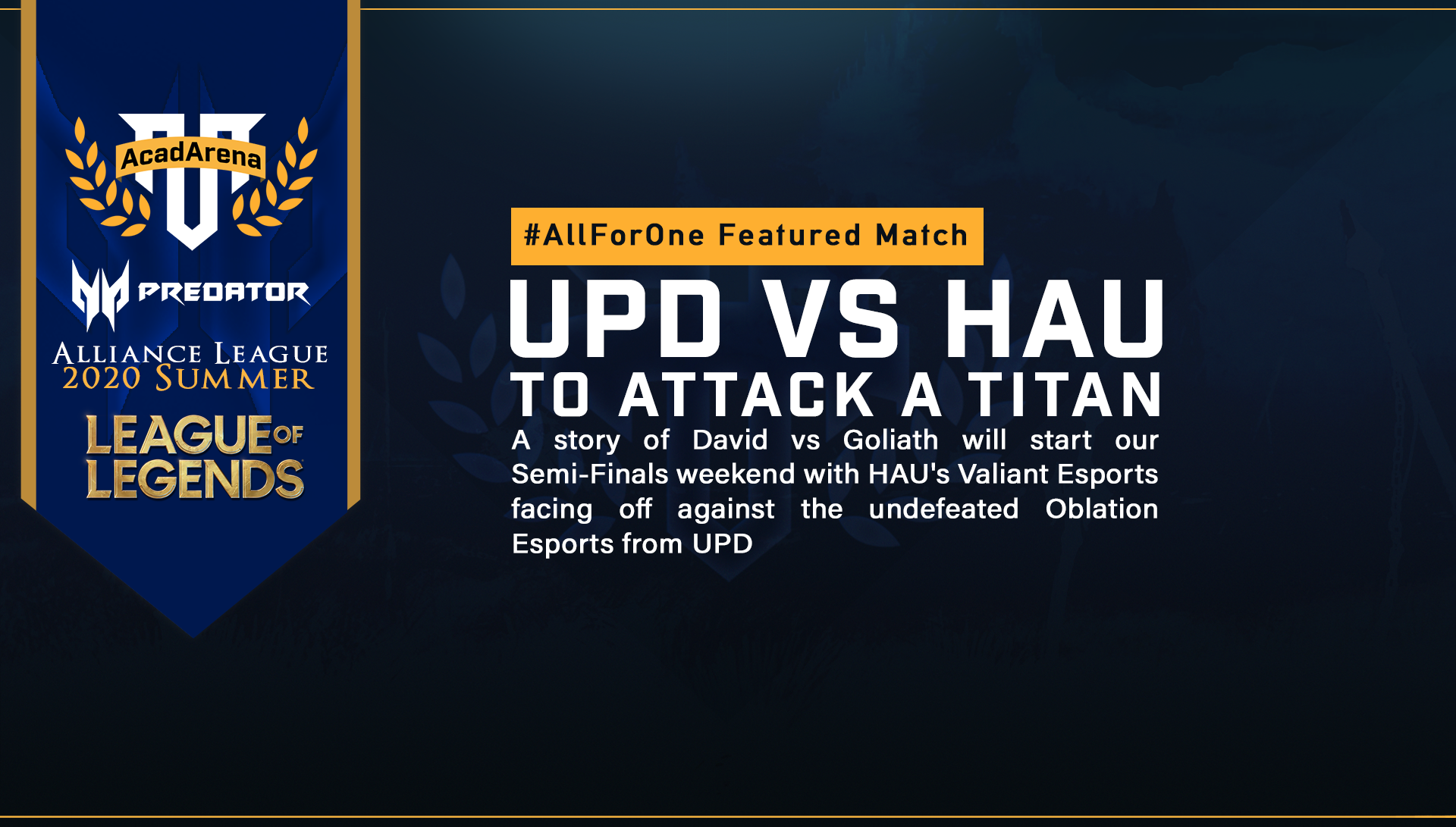 A story of David vs Goliath will start our Semi-Finals weekend with Holy Angel University's Valiant Esports facing off against Oblation Esports from the University of the Philippines - Diliman.

Oblation Esports has established a dominant run during the group stage, being undefeated in Group A and wrapping up the groups with some of the best stats in the league. Not only are they undefeated, but Oblation Esports also boasts some of the best stats in the #Predator AcadArena Alliance League Summer 2020 League of Legends groupstage, with Top Laner UPD Kreindel and Jungler UPD Levi topping the charts when it comes to KDA for their respective roles. Oblation Esports has also been very consistent when it comes to claiming in-game objectives, with the team leading the stats board for Turret Takedowns, and having the 2nd highest average for securing the Dragon buffs.

On the other other side of the bracket comes Valiant Esports, a team who underwent nail-biting hurdles to secure their semifinals slot. Seemingly up against a titan, Valiant Esports will look to prove that they are a worthy of the finals, maximizing whatever time they have to come up with new compositions, and hone their team chemistry. The road isn't all that easy for this team though as the team had to survive their prelims week first. Still, Valiant Esports feels confident that they can claim the W against their opponent his weekend and move to the finals of the Summer 2020 split.

Whether it's the undefeated or the underdog, both UPD and HAU will see either the completion or continuation of their arcs this weekend in the Predator AcadArena Alliance League Summer 2020 split.

Catch the Semi-Finals for the Predator AcadArena Alliance League Summer 2020 League of Legends this weekend, September 12 and 13, 2020 only at twitch.tv/acadarenaph