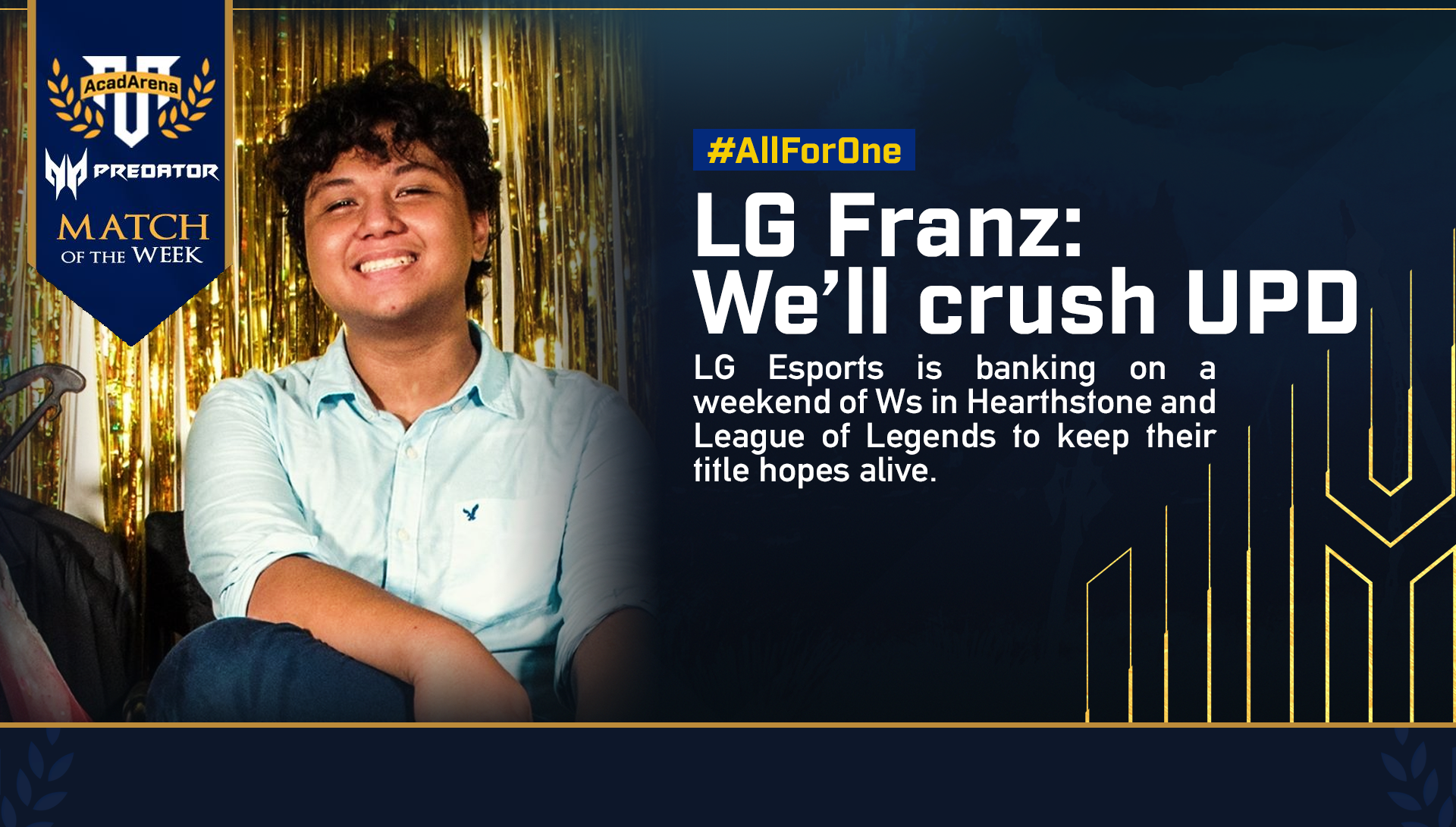 LG Esports is banking on a weekend of A games in Hearthstone and League of Legends to keep their title hopes alive this season.

Both of LG Esports players may have gotten a safe passage through the first round, but Rafael “useSplash” Evangelista knows his next match won’t be as smooth-sailing.

“I could tell from my games against Aurelious that he got super unlucky,” he said. “If anything, I’d expect a tougher challenge from RedStattik.”

Tomorrow’s match will tell whether Eric “RedStattik” Delos Reyes succeeds in avenging his schoolmate Aurelious, or if useSplash solidifies his moniker as a Golden Eagle-slayer.

A make-or-break match against their Katipunan rivals awaits LG Esports this weekend.

With a win, they either secure a first seed finish or force a three-way tie. Lose, they bow out of the tournament and gift the top spot to Oblation Esports.

LG, however, are unfazed by the daunting task ahead.

“We don't believe in the Shaymie buff. We have to play our best to deserve that playoff spot,” said Marc “Siopao” Yang. “It's time to crush UPD's hopes and dreams.”

Watch another edition of the Alliance League this August 22 starting at 2:00 PM exclusively at the AcadArenaPH Twitch channel. Thousands worth of viewer prizes will be up for grabs courtesy of Globe Prepaid's Virtual Hangouts.