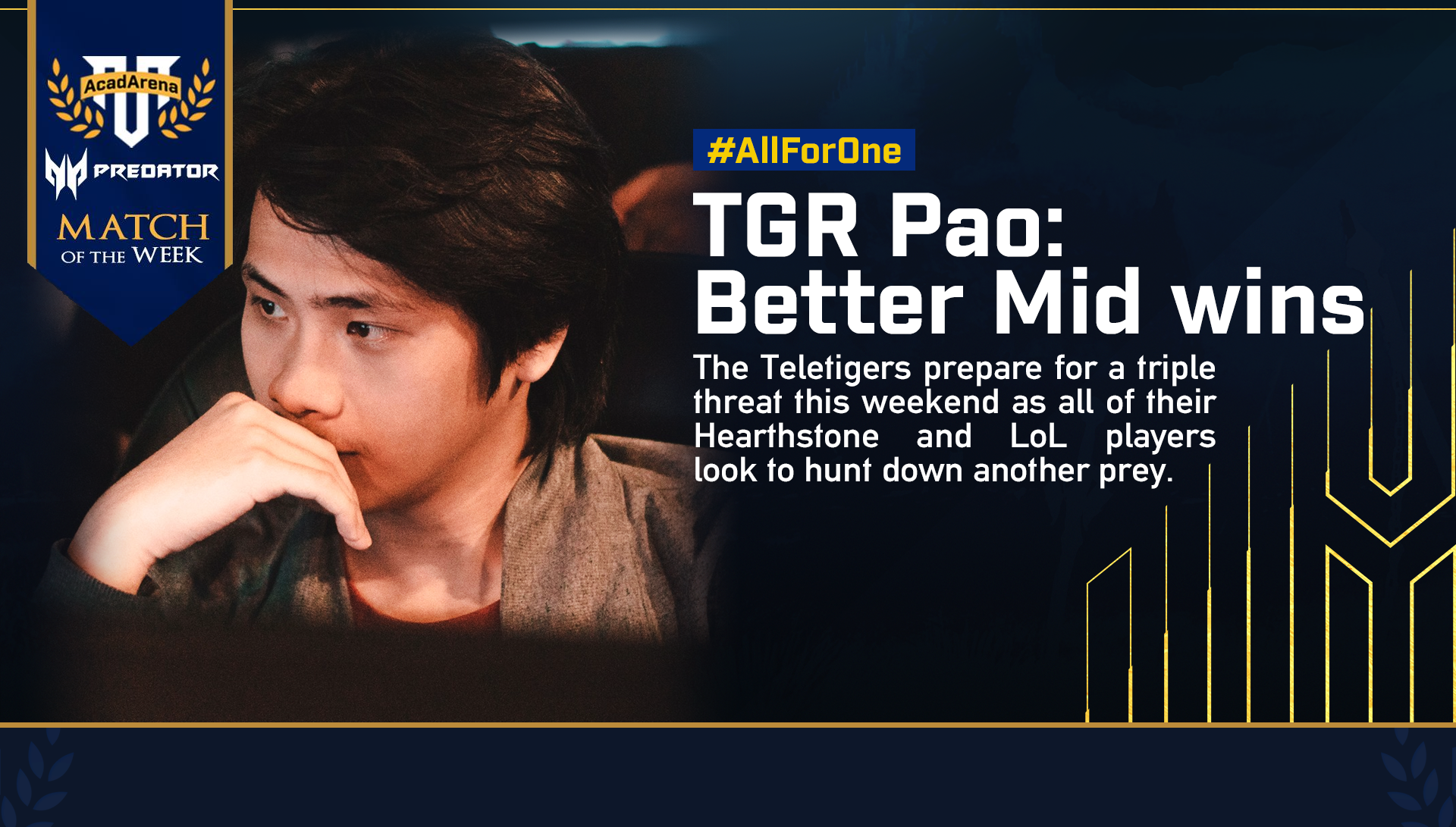 The Teletigers’ Hearthstone representatives are looking to channel some of their League of Legends team’s championship pedigree when they enter the fray in Matchweek 4.

Among all the players in the league, Enrico Lim arguably has the most competitive Hearthstone experience under his belt having played in the Master’s Tour Los Angeles, finishing 5th in Cresmos Hearthstone Championship, and winning the first two editions of the Liyab Hearthstone showdown.

In contrast, Sean “Hadyun” Rex III is fairly new to the game, having only started playing early this year. Despite this, he is no stranger to the competitive scene and has even won the Esports AcadArena Regionals for Teamfight Tactics.‍

‍In other news, the Teletigers League of Legends team is keen on solidifying their claim as the top dog of Group B. They will be going up against Viridis Arcus, a team that had the misfortune of losing despite having the blessings of Shaymie the Hedgehog on their side.

Viridis Arcus’ loss also signified that Shaymie’s powers were not absolute, as their loss against the Mages finally shattered Shaymie’s 100% prediction rate. A team of Teletigers’ caliber, however, has no room for superstition.

Watch another edition of the Alliance League this August 15 starting at 1:00 PM exclusively at the AcadArenaPH Twitch channel. Thousands worth of viewer prizes will be up for grabs courtesy of Globe Prepaid's Virtual Hangouts.

Want to do the same for your campus? Apply for the Alliance Program here.