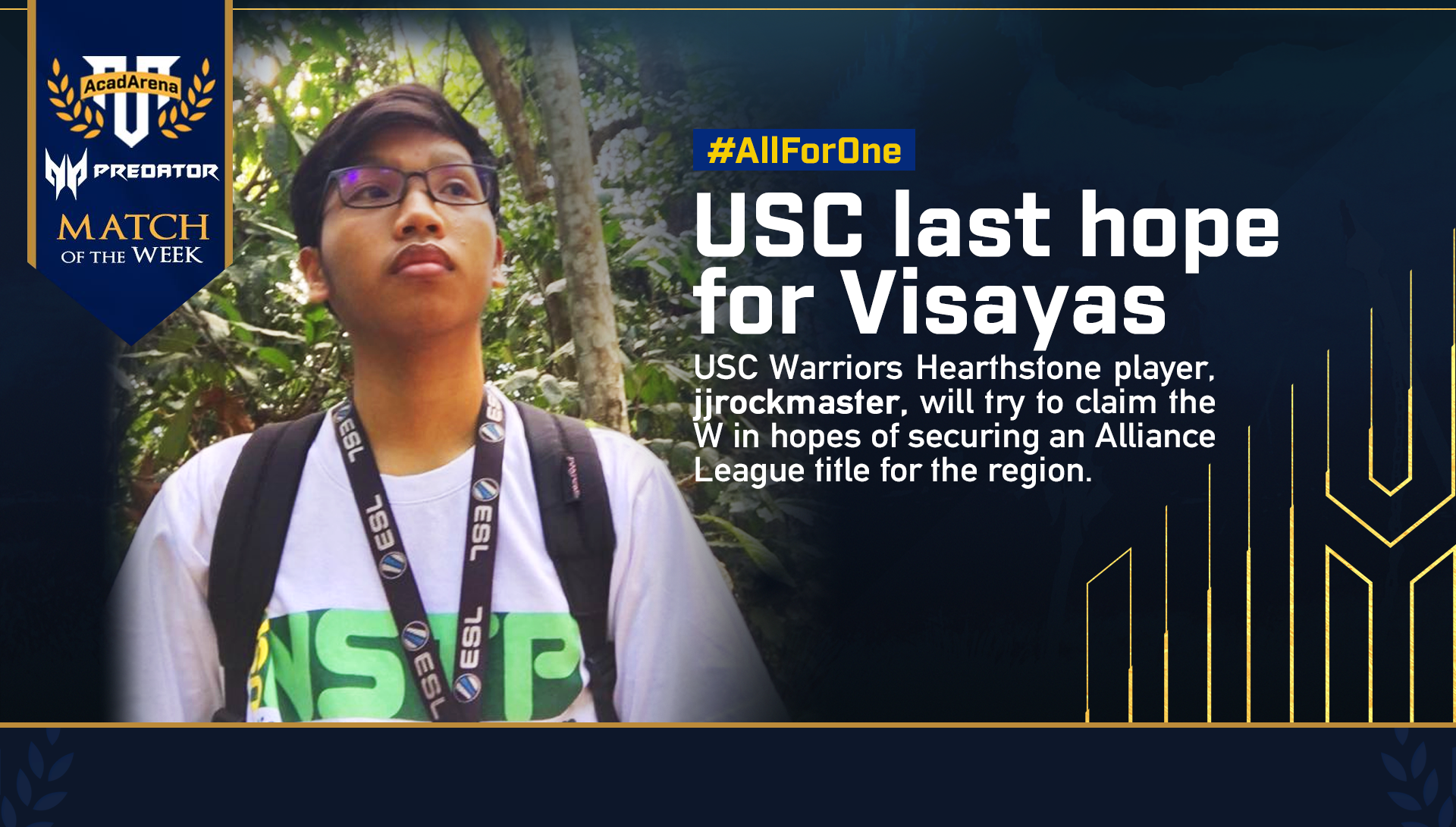 As the last player from the Visayas still in the competition, jjrockmaster now has the hopes of more than just his schoolmates on his shoulders. He may have beaten newcomer Sean “Hadyun” Rex III in the first round with relative ease but his next matchup will prove to be a tough mountain to climb.

He will be going up against the most decorated player in the competition: Teletigers’ Hearthstone poster boy Enrico Lim, who made easy pickings out of his opponent in the first round.

The Scholomance Academy expansion has allowed the meta to diversify in such a way that almost all classes have archetypes that are strong enough to see play in the competitive scene. jjrockmaster and Enrico, however, have both brought seemingly off-meta decks in the form of Enrage Warrior and Murloc Paladin.

The difference in competitive experience between the two players is staggering and may lead some viewers to think that the result of the match is decided, but who doesn’t like some David vs. Goliath action every once in a while?

Watch another edition of the Alliance League this August 29 starting at 2:00 PM exclusively at the AcadArenaPH Twitch channel. Thousands worth of viewer prizes will be up for grabs courtesy of Globe Prepaid's Virtual Hangouts.