AcadArena launches the second split of the Alliance Games, the largest campus gaming league in the Philippines, now boasting a ₱1,000,000 prize pool thanks to the introduction of ₱375,000 worth of scholarships for the champion of each game title.

Launched in April of this year, the Alliance Games is an exclusive league composed of teams from the AcadArena Alliance, a network of student clubs and organizations from schools across the country. Alliance members compete across five game titles: VALORANT, Mobile Legends: Bang Bang, Call of Duty: Mobile, League of Legends, and League of Legends: Wild Rift.

The first split of the Alliance Games recently culminated last July 23 & 24 at CONQuest Festival 2022 held in the SMX Convention Center, where the finalists across all game titles battled it out in front of an audience of over 30,000+ attendees. De La Salle University’s Viridis Arcus was ultimately declared the first Alliance Games overall champion, also securing the gold medal in both Valorant and Call of Duty: Mobile.

Sign-ups are currently open to all AcadArena Alliance members and will run until September 25, 2022. The Play-Ins for the season will start October 1 and the Alliance Games will culminate at a LAN finals event in December 2022.

Aspiring participants and clubs can still inquire and join the Alliance program here. 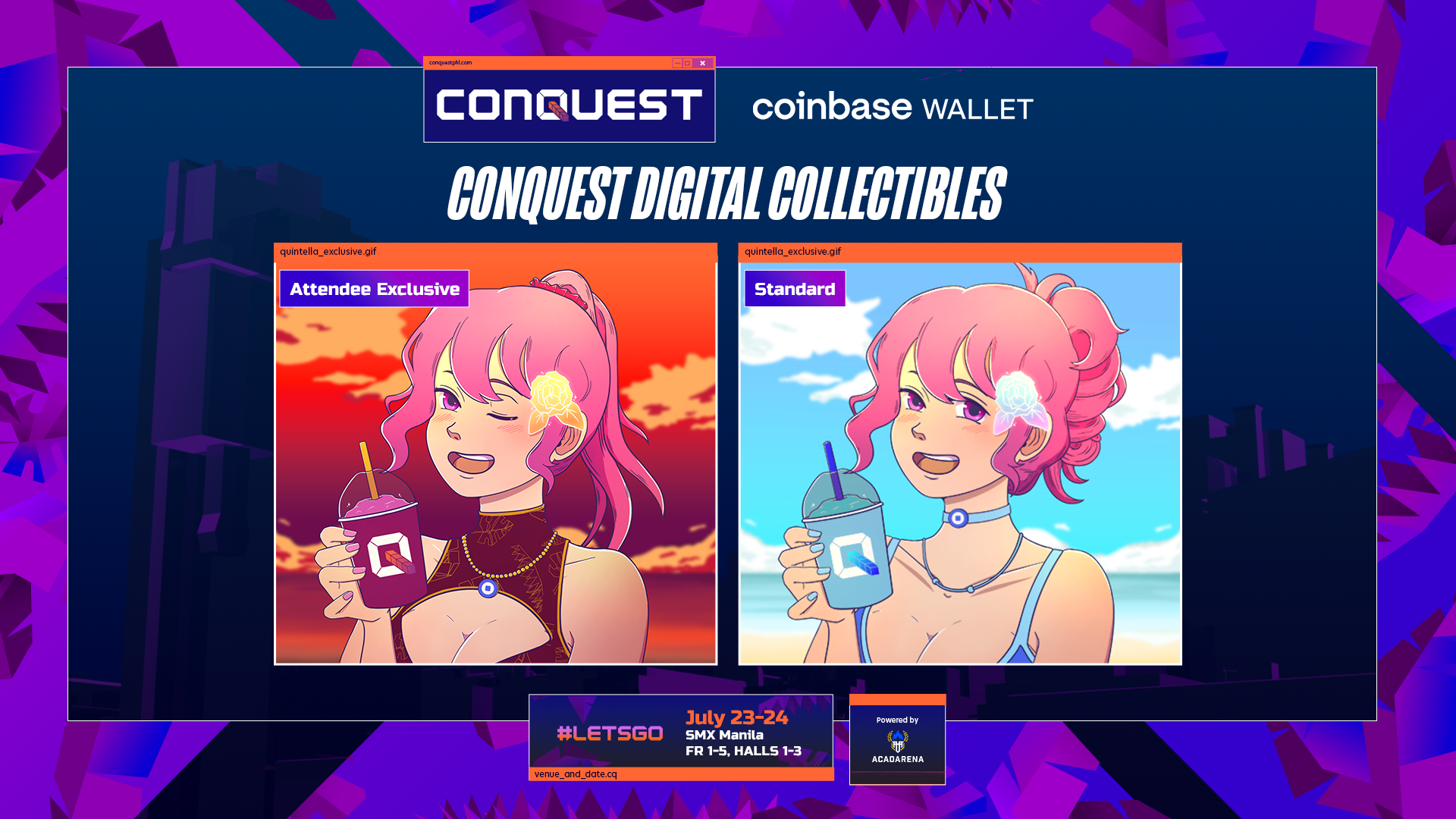 Announcements
July 14, 2022
AcadArena Staff
Receive a limited-edition CONQuest X Coinbase Collectible that is free to claim for anyone who wants to keep CONQuest with them forever (made by AcadArena's Studios Team). 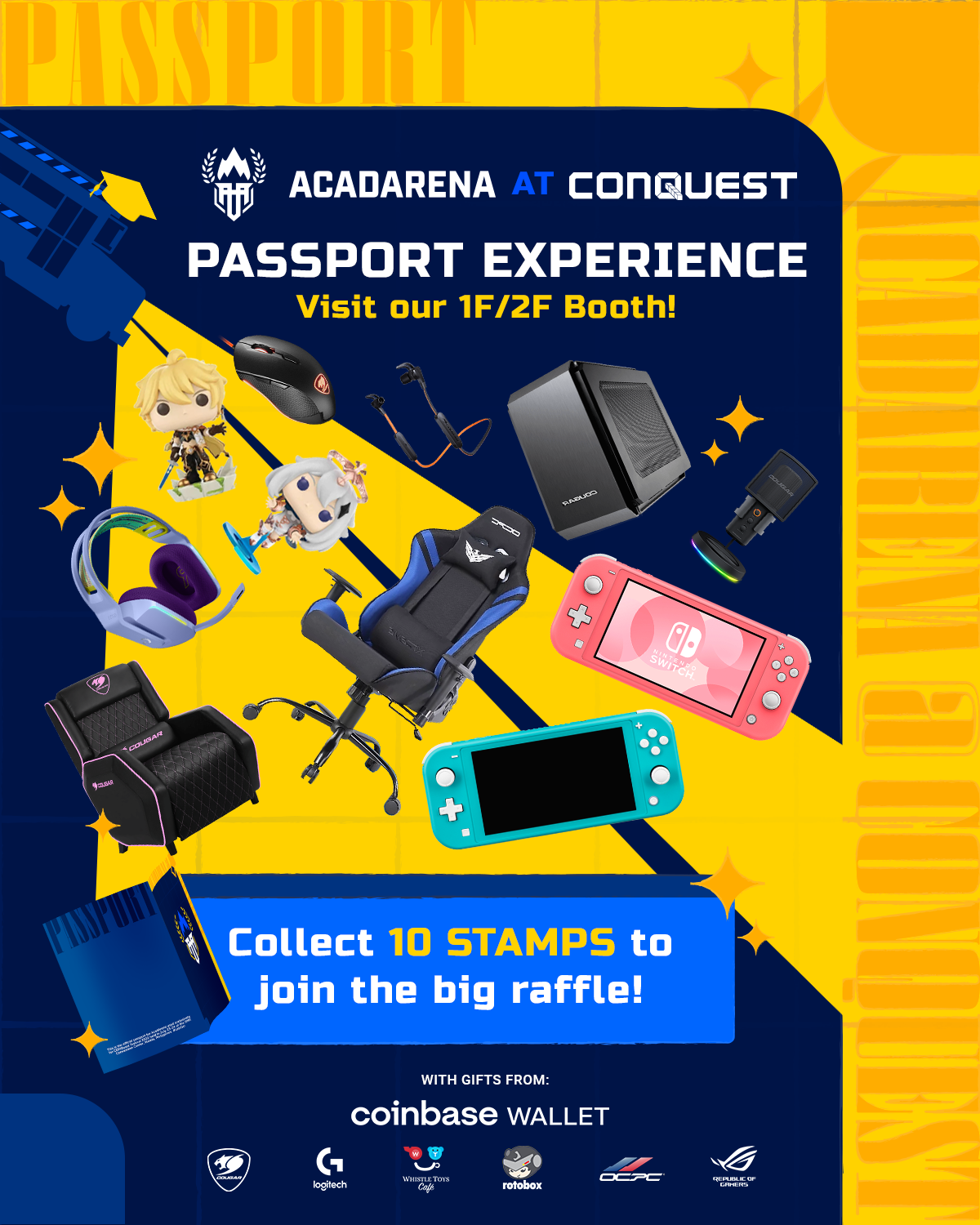