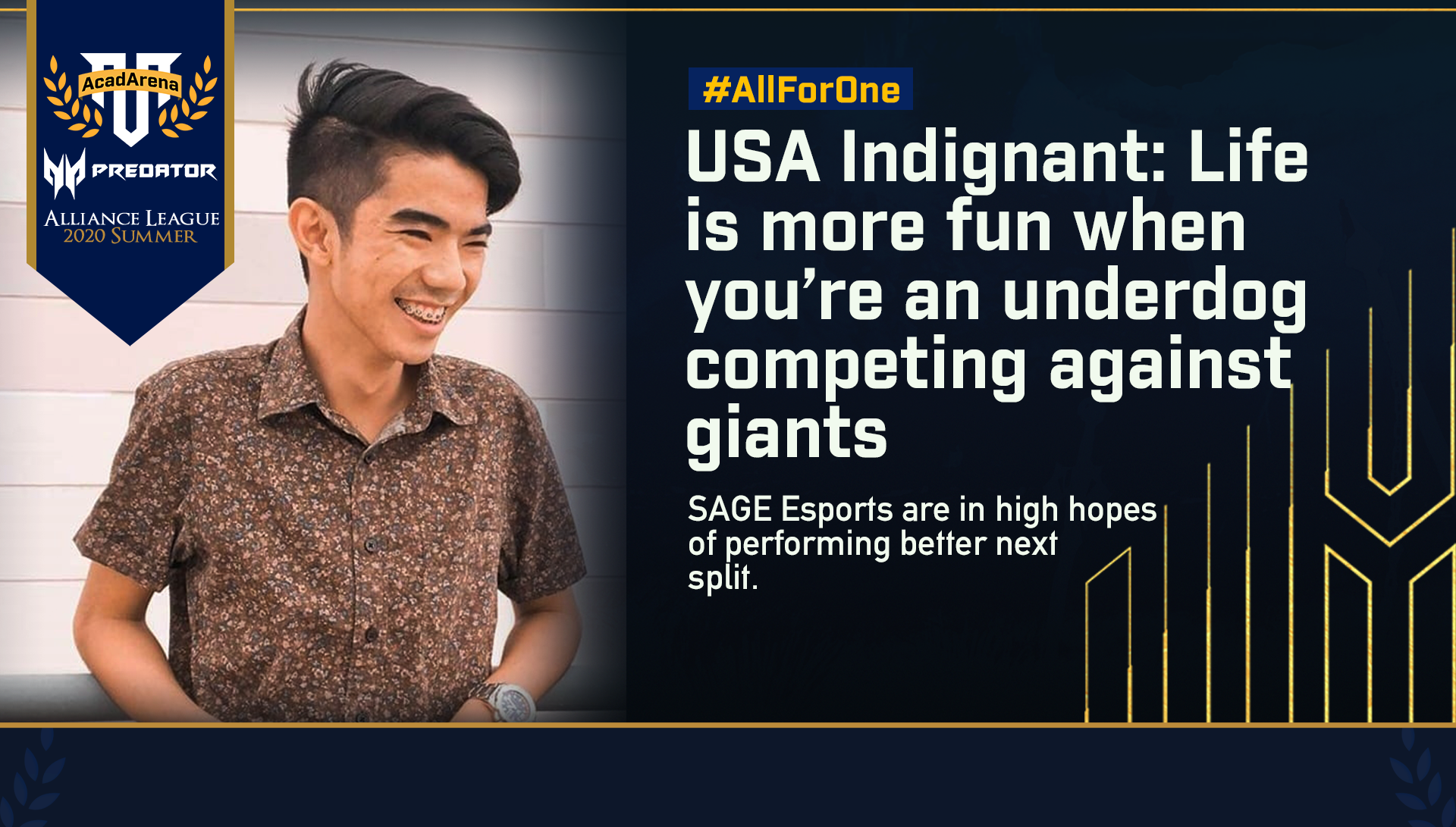 As the season played out, however, we would come to know that there wouldn’t be any miracle runs for the new kids on the block. We would even bear witness to a relatively established organization fail to meet expectations.

Here we have the league’s bottom-seeded teams look back at the season, well-aware that for them, the only way is up.

Right from the start, the Golden Eagles accepted that they were going to have a rough season ahead of them. As this was their first national tournament, rookies and team veterans alike felt the pressure. If that wasn’t enough of a hindrance, the Eagles were at the mercy of rotating power blackouts all throughout the season.

Despite failing to pick up a single win in the group stages this split, the Eagles are heading into the off-season with a lot of positives. They’re proud of how good the players in the lineup are at communicating with each other.

Communication alone, however, isn't enough to win games. They have a ton of work cut out for them if they want to close the gap between themselves and the rest of the teams in the league.

The Eagles aren’t just working on polishing in-game tactics; they’re also working on mentally preparing themselves to grow accustomed to competing at a high level, according to Campus Esports Ambassador Jose Miguel Garin. The path ahead of them is tough, but the boys from Iloilo are feeling good about their chances of performing better next split.

Their fellow Visayans at Warrior’s Arena had a season full of lessons as well. Their performance left much to be desired but they played their hearts out until the end and were able to steal a win from eventual runners-up Valiant to end their group stage run on a high note.

The Cebuanos admit they weren’t able to prepare for the season to the best of their ability and underestimated the amount of work that had to be done.

The lack of preparation and players also forced them to field a ragtag bunch of rookies who didn’t have the champions they wanted at their disposal and veterans who were well past their prime.

Despite their debut being far from ideal, the lessons they learned were invaluable.

“Before the season started, we knew initially it was going to be a lot of work but even then we didn't think it would be this much,” said Warrior’s Arena’s External Vice President Vincent Dior Calderon Villanueva. “We now have a better grasp of how much work needs to be done to sufficiently prepare for tournaments of this caliber.”

John Carlo “Stell4r” Pastorfide wasn’t able to get the dream send-off he wanted as the Malayan Warlocks were plagued with sudden academic work, internet connectivity problems, and health concerns for a majority of the season.

The Warlocks ended their group stage run 1-3 and identified drafting to be the major weakness in their game. They actually had a coach lined up at the start of the season but he was forced to withdraw due to unforeseen circumstances.  If everything goes well, they’ll be able to get a new coach in time for the next split.

Following their group stage exit, the team’s rookies felt like they underperformed and had a tough time accepting defeat. They eventually came to relish their first taste of collegiate competition and are determined to come back stronger. With a band of rookies hungry for success in the team, Stell4r believes the future of the Malayan Warlocks is in good hands.

Barring their solitary group stage win against Warrior’s Arena, Adrian “Ventus” Tolentino and the rest of Viridis Arcus didn’t have much to celebrate this season. After losing to the Mages despite having the blessings of Shaymie the Hedgehog on their side, things only went downhill from there.

“To be honest, I'd rather forget the current split as a whole, but at the same time I hope that the newer set of players were able to accumulate enough experience from that to actually compete next split,” said Ventus, the only player left from Viridis Arcus’ old LVL 2017 roster.

A number of problems were evident in the team even before the league started. Aside from communication problems, the players in the current lineup also weren’t flexible and insisted on doing things their own way. The Archers need to find a way to resolve these issues if they want to avoid another disasterclass of a season.

As for Ventus, he will be taking a step back from the competitive collegiate scene to focus more on what he can do for the next generation of Lasallian gamers.