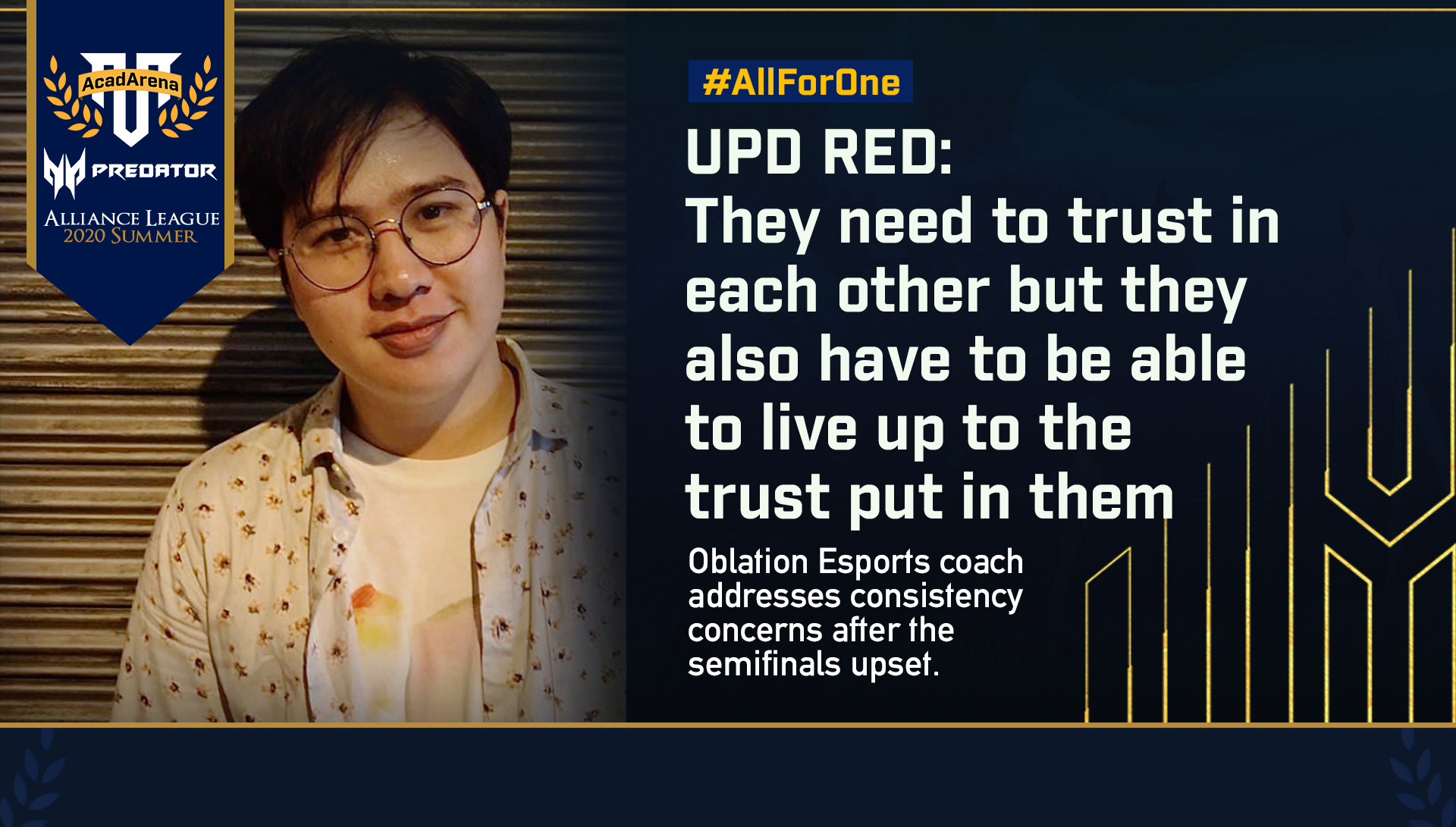 It was no surprise that teams who frequented the top of the power rankings made it past the group stages with relative ease. Some of the younger teams, however, have shown glimpses of quality that will force those at the top to glance nervously over their shoulders.

We now take a look at the league’s upper-seeded teams and how they reacted to falling short of the championship.

For a team whose final lineup was decided just hours before the deadline, the Mages exceeded expectations. The boys of Intramuros came really close to clinching a playoff spot in their collegiate debut, only losing out to Valiant because of their head-to-head record.

The Mages are determined to prove that their run this season wasn’t just a fluke. To do that, they need to work on their weaknesses and capitalize on their strengths.

“As a newly formed team, our biggest issue was communication,” said Gray Daniel Giron. “It’s something that will take some time to work on. We’re definitely practicing more now.”

Despite their wins coming from beating fellow newcomers Warrior’s Arena and a struggling Viridis Arcus, there’s no denying that the team has talent. Cultivating talent is another story but if they do a good job at it, the Mages have an exciting future ahead of them.

LG Esports had a gargantuan task of taking down the then-unbeaten Oblation Esports in the penultimate group stage match week to secure a spot in the playoffs but it would later prove to be too tall an order for the Blue Eagles. They ended their group stage run in third place.

“Our run was honestly disappointing, even with limitations on our roster, we still felt we could've done better,” said LG captain Kenneth “Kellogg” Alog. “Simon Juleovenz “Jooly” Garnace and I as the veterans of the squad took it kinda hard, but we know the rookies will shine later on.”

Having graduated the previous school year, Marc “Siopao” Yang will not be eligible  to play next split. Kellogg has high hopes for rookies Franz Penilla and Dean Hans Yobhel Nucum but he admits that each member of the team still has individual aspects they need to work on. Focus on team play will come after that.

“You can always do multiple things and try to excel at them, but it will take a toll on you mentally,” Kellogg adds. “As someone who had to lead their own organization while trying to catch up to the best supports in the league, it was no easy task.”

The iTamaraws’ game plan was to top Group A so they could avoid the Teletigers and have a relatively easy route to the finals. A dominant Oblation Esports, however, forced them to settle for second place. The Teletigers would later knock them out of contention in the semifinals.

“We knew that the team still has points to improve on but it feels like we haven’t learned from them at all,” Malilay rues. “Maybe if we have ample time to scout even further then we might be able to find the right players we need. I believe it’s going to be easier now that we’re an official organization in the campus”

Malilay also says that they were very confident heading into the Alliance League but were foolish to think that nothing would go wrong. “It’s been a weakness of ours, not preparing for the unexpected,” Malilay says.

If the iTamaraws can find the missing piece to their lineup in time and learn to stay composed when things don’t go their way, they may finally develop a mentality that doesn’t involve shying away from strong opposition.

If one were to look at group stage results alone, Oblation Esports would’ve been a good match for the dominant Teletigers. Snuffing their Katipunan rivals’ chances of going through to the next round was just icing on the cake.

Unfortunately for the boys in maroon, the playoffs would tell a different story. They were uncharacteristically shaky in their semifinals series against Valiant and it cost them dearly.

“Jimuel “Alto” Lara, especially, was distraught about the outcome,” says coach Red Bartolome. “We all knew that we could have and should have done better. We showed a glimpse of that in game 3, but in the end we were unable to get the win.”

Bartolome also admits that the team got complacent after topping their group. To address the team’s consistency concerns, he believes everyone needs to put in the time and effort to make sure they’re at the top of their games.

“They need to trust in each other,” Bartolome adds. “The problem is that they also have to be able to live up to the trust put in them.”

Despite having a rough start to the season, Jan Robert “Kinzonn” Alvarez and Valiant Esports were confident that they would make it to the finals. They finished the group stages with a 2-2 record but it was enough to get them over the line and through to the next round.

“My most memorable moment was losing to Warrior’s Arena,” the former pro player recalls. “We really did not expect that to happen.”

Valiant would eventually lose 3-0 to the Teletigers in a lightning-swift finals series but their rookies’ impressive performances throughout the season have given them plenty to be happy about.

“Rookies always feel like they have something to prove and I’m proud of how they played,” Kinzonn says. “As the veterans, Hezro Elijah “Parzival” Canlas and I called the shots and I suppose we did a good job at it.”

In terms of what the team needs to improve on, Kinzonn notes that finals pressure overwhelmed their communication, play execution, and mindset. He understands that there aren’t any quick ways to get over nervousness ahead of a big match but Kinzonn is ready to try anything.

“I think we should try meditating before a match,” he says.