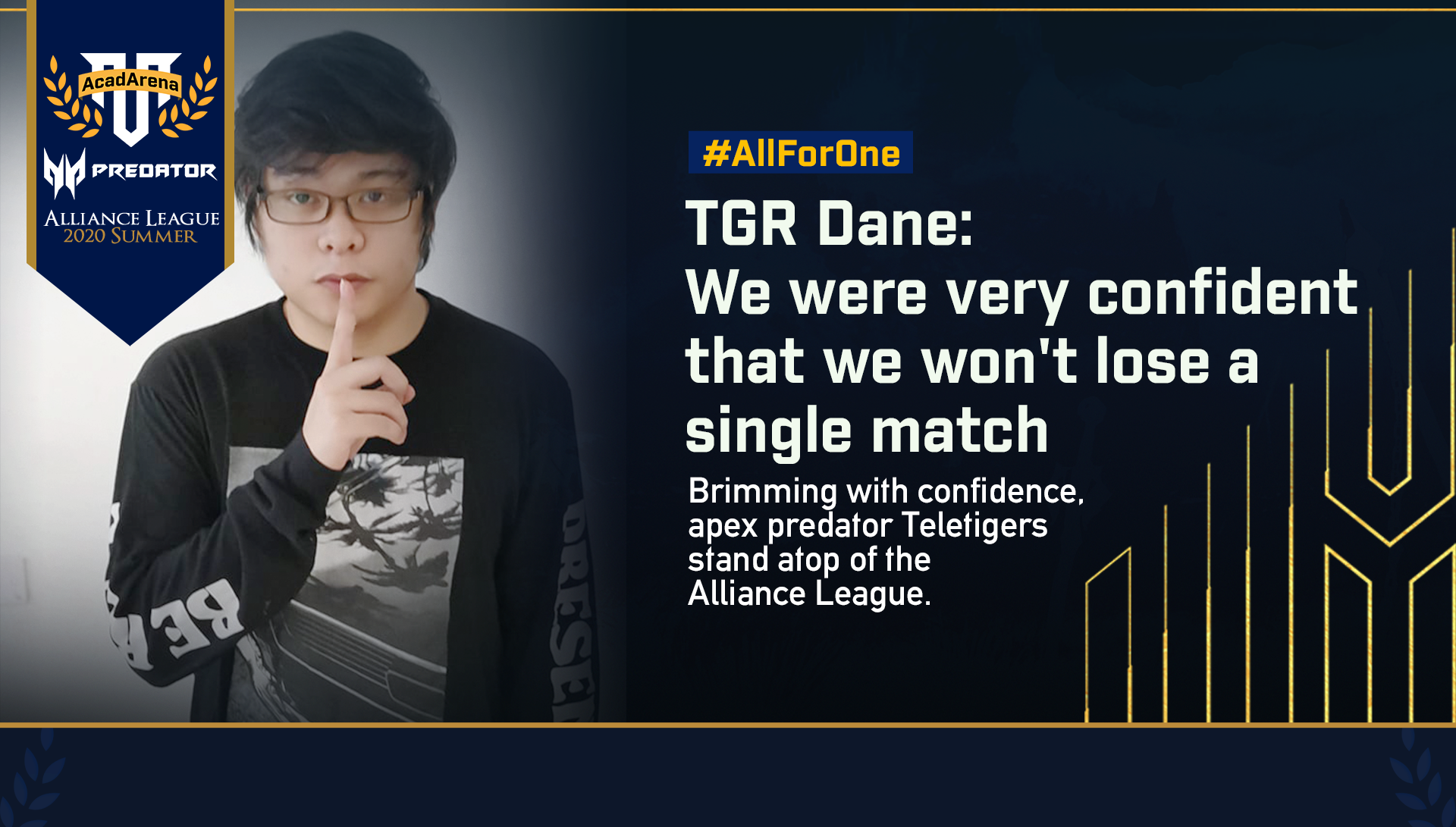 The Teletigers, superior in both quality and mentality, would give the rest of the league little chance to contest them for the title. We caught up with a few of their members to talk about yet another successful season.

With wins at Nexus and Liyab Hearthstone Showdown, Enrico Lim came into the tournament as the player with the most competitive experience. That doesn’t mean his run didn’t have a few bumps here and there, though.

“It didn’t go as smoothly as I wanted it to be,” Enrico admits. “I had a couple of misplays which did cause me some games.”

A few of those misplays were certainly evident in his finals series against LG’s Rafael “useSpalsh” Evangelista. In Enrico’s defense, however, he was at a wedding and playing on his phone.

The tournament also coincided with the advent of Hearthstone’s new expansion, Scholomance Academy. Enrico claims that he’s used to playing in rapidly changing metas but he isn’t a fan of the prevalence of archetypes with a lot of random card generation.

Enrico now has his eyes set on trying to qualify for the next Hearthstone Master’s Tour.

It was Teletigers versus the league. The Teletigers easily came out on top.

“We didn't actually expect much because we were very confident that we won't lose a single match,” said John Daniel “Dane” Mendoza. “Even if we were to let the rookies play, we know they would dominate matches against veteran players with the help of our main roster.”

Big words, but their performance speaks for itself. Despite fielding their rookies in the group stages, the Teletigers still went 4-0 and didn’t drop a single game in the playoffs.

Since there weren’t any tournaments lately, Dane admits that the team was quite rusty heading in the tournament because they weren’t able to play together very much. This kind of behavior, however, isn’t going to fly if they want to be contenders in the international level.

Their Mobile Legends: Bang Bang team participated in the PVP Esports Campus Championship last month and played against collegiate teams from all over Southeast Asia. The League of Legends team is determined to follow suit.

“We would like to play in the international stage again,” says Dane. “We plan on setting up scrims, grinding solo/duo and flex queue, even hiring a coach.”

“We continuously strive to become an even stronger version of ourselves,” he adds. The Teletigers aren’t content with dominating Philippine shores; they’re gearing up to take the world by storm.