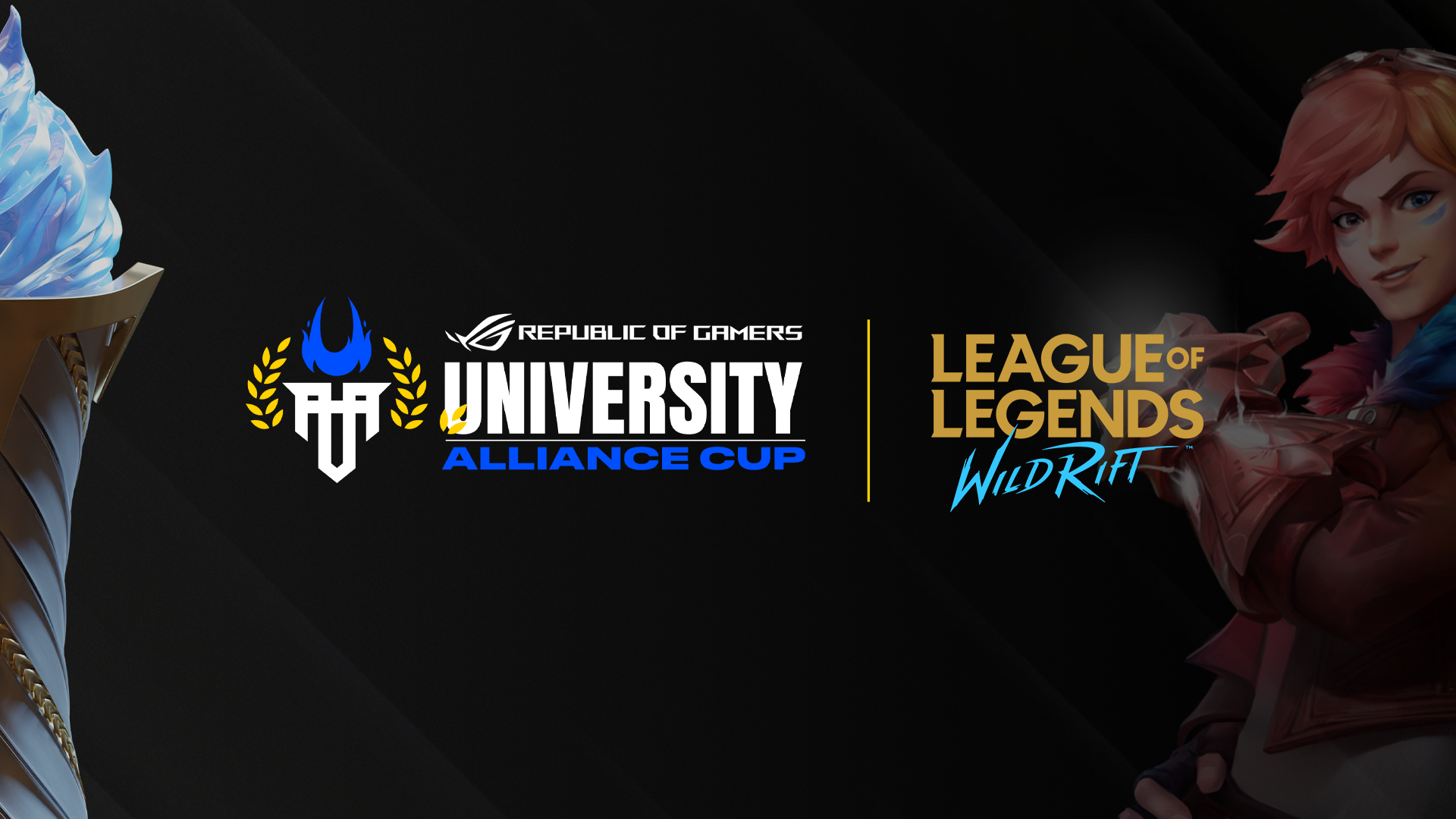 ASUS Republic of Gamers is joining in the rising campus esports scene in the Philippines, entering with a bang as the co-presenter of the League of Legends: Wild Rift conference of the AcadArena University Alliance Cup - Season 2.

ASUS ROG Phone 5 will be the official smartphone of the University Alliance Cup's first-ever conference for League of Legends - Wild Rift, marking global brand's entrance into the local campus esports space. Viewers can expect a big boost in content and production value throughout the season thanks to ASUS ROG, including a new player interview series dubbed 'InterROGation'.

ASUS ROG and AcadArena's partnership comes right in time before the conference kicks off on May 14. Every weekend from then till June 20, the top campus squads in the Philippines will be competing for the title of the best student League of Legends: Wild Rift team in the country.

George Su, ASUS Philippines Country Manager: "ROG is very proud to announce its partnership with the leading campus esports organization in the Philippines, AcadArena. The continuous growth of esports in the country is a testament to how important technology and gaming is in the continued development and education of the youth. We aim to support this ever-changing industry and the values it coveys – camaraderie and communication – through the cutting-edge quality hardware, which only Republic of Gamers can deliver."

Justin Banusing, Chief Operating and Product Officer for AcadArena: "We're incredibly excited to collaborate with a brand like ASUS that shares the same enthusiasm for the campus gaming space as we are. It's always refreshing to work with people who also believe in the potential of students, and we're looking forward to making this a long-lasting partnership."

ASUS ROG joins a growing list of partners for the University Alliance Cup, which serves as the highest form of campus esports competition in the Philippines. **Officially licensed by Riot Games as its local campus esports partner, the league features a selected set of 24 partner schools from AcadArena's Alliance network.

Top placers for the event often proceed to international events, while the bottom 4 must defend their slots from the winners of a secondary division featuring the rest of the Alliance. Other partners of the University Alliance Cup include co-organizer Globe Telecom and Amazon's Twitch streaming platform.

The League of Legends: Wild Rift conference for the AcadArena University Alliance Cup - Season 2 begins on May 14 for Divsion B and May 15 for Division A.  The action for Division A kicks off with a historic match-up between the Teletigers from University of Santo Tomas and the iTamaraws from the Far Eastern University - Institute of Technology.

‍AcadArena is the home of campus esports in the Philippines, founded in 2019 to create a platform for student-gamers and organizations to compete, connect and learn.  AcadArena currently engages with over 300 schools nationwide and is a strategic partner for collegiate esports of Globe Telecom, Riot Games and Twitch Student.

Among the core team are pioneers of the campus esports space such as Ariane Lim, Justin Banusing and Kevin Hoang — who have over 25 years of combined gaming industry experience working for companies such as Garena, NetEase, Pipeline, Team SoloMid and Huya.