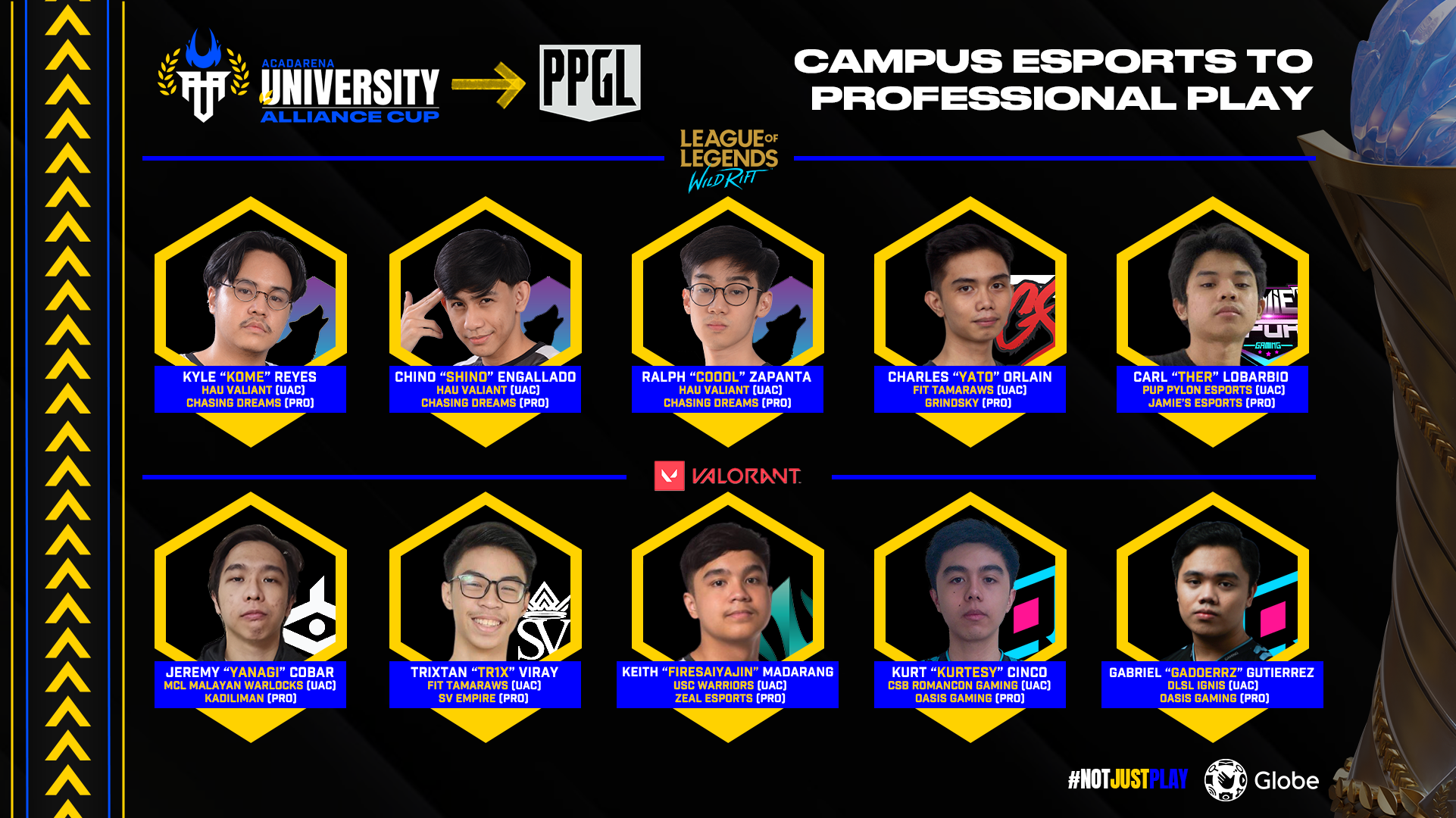 Since early 2016, collegiate leagues have always been an avenue for dedicated student gamers to showcase their skills in campus esports. Scouts from professional leagues are always on the lookout for exceptional talent from both collegiate and amateur play.

AcadArena in its years in campus esports have seen exceptional growth in the competitiveness of student gamers. Recently, standout individuals from the campus esports scene have been adopted by the top professional esports organizations in the Philippines. Hereâ€™s a short list of players who have competed in our collegiate leagues before they transitioned to professional play.

Be the Next Campus Esports Star

As we continue to produce the best collegiate leagues in the Philippines, and improve with our community of student gamers and alumni, there will always be a chance for you to be the next player to jump from campus esports to professional play.

Hereâ€™s a list of our major collegiate leagues, supported esports titles, and how you could join them!