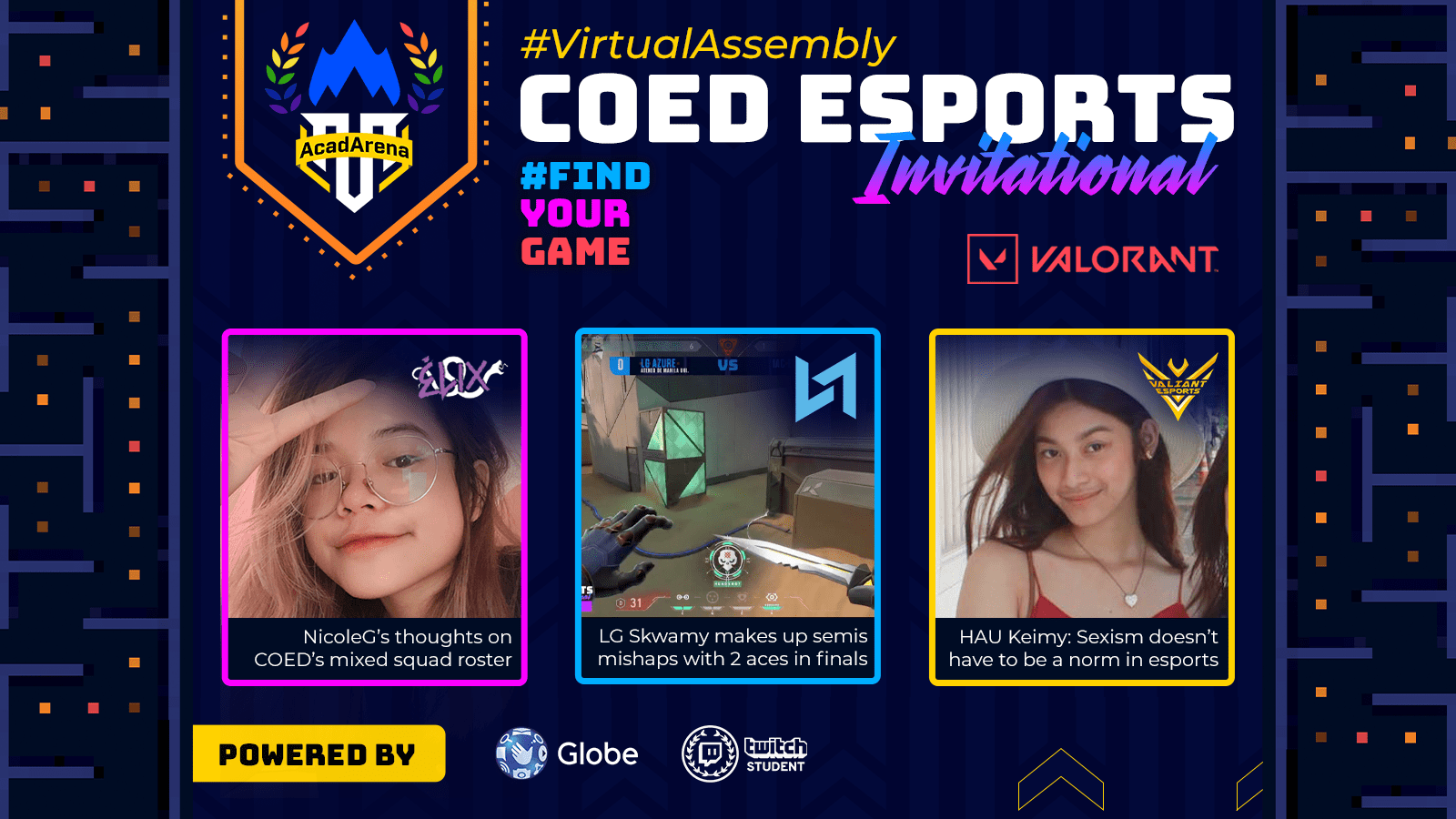 Despite having plenty of experience playing competitively, this was the first time Nicole “Nicole G” Grumal represented iAcademy in a collegiate setting.

As a regular competitor in all-female competitions, the gaming content creator says there weren’t any major differences playing in a mixed squad compared to the all-female team she has back at Fulcrum Esports. She admits she’s more comfortable playing with the girls, though.

According to Nicole G, her most memorable moments in the tournament have come from occasions when opponents BM her as she gets motivated to perform even better so she can BM them back.

If she were to pinpoint one specific moment she would look back at fondly, it would be at the start of their match against the COECS - Babies. “Pinaka memorable talaga yung pagseselfie namin sa camera ni Cypher.”

Elix Esports pose for a photo op before the round begins.

If memorable moments are all we’re going to talk about, LG Azure had no shortage of them. One particular moment, however, stood out for Ana Patricia “Mewwee” Fuentes.

“Skwamy [Dominic Juan] whiffed his ghost shots against DLSU, forcing us into overtime,” Mewwee recalls. “But it’s okay he made up for it with his 1v4 later on.”

Fortunately for Skwamy, he would more than make up for his mistake by winning a 1v5 to get an ace and a clutch spike defuse in LG Azure’s finals series against Elix Esports.

On a slightly more serious note, Valiant Archangels captain Kimberly “Keimy” Abalos believes having a platform that provides an equal playing ground is a step in the right direction.

“Tournaments like these show that both men and women can co-exist in a competitive environment,” she says. “It makes me excited to keep on competing regardless of my opponents’ and teammates’ gender.”

Although having events of this nature does allow for more female representation in the competitive space, Mewwee says that a change in esports culture and societal norms needs to happen if we want improvement in the long run.

“Playing video games as a female is already not very encouraged in society, while it is common for males to go to comp shops and play games while growing up,” she says. “This type of environment makes it very difficult for females to get into games and try to improve, which then reduces the amount of women in competitive esports.”

“The first step to changing this is by being vocal. We have a voice and we have to use it responsibly,” Keimy adds. “Sexist behavior doesn’t have to be the norm in esports.”