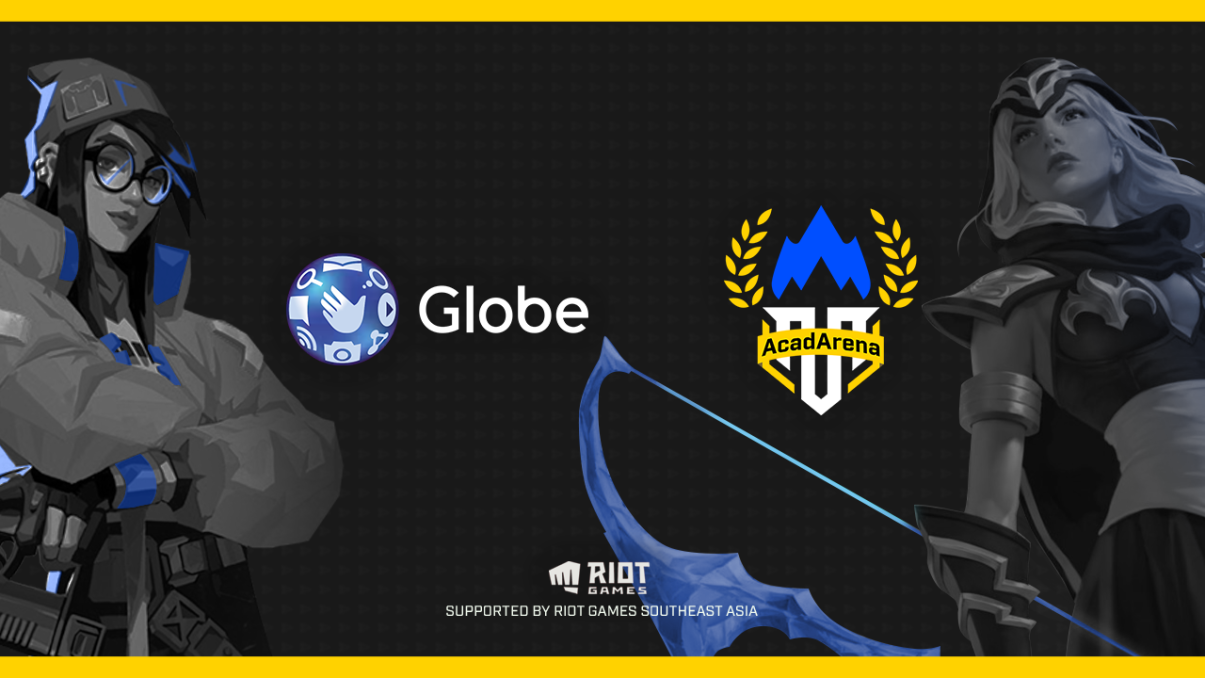 This partnership with Riot Games Southeast Asia -- the developers of hit titles League of Legends, Legends of Runeterra and VALORANT -- is a major milestone for AcadArena, which serves as the strategic partner for Globe Telecom for campus esports in the Philippines and a key partner for Twitch Student in Southeast Asia.

AcadArena pioneered many campus esports organizations and milestones in the Philippines, including the first esports merit scholarship in Southeast Asia.

The partnership synergizes well with current educational and competitive plans and offerings of AcadArena, whose community is rooted in Riot titles.

“Collegiate-level esports is an important step in nurturing the next generation of professional players and video game industry professionals, and we are excited to work closely with Esports AcadArena and Globe Telecom to bring our games to campuses in the Philippines,” said Chris Tran, Head of Esports at Riot Games Southeast Asia, Taiwan, Hong Kong and Macau.

UAC is made up of members of the AcadArena Alliance, a national network of accredited student-organizations across the Philippines. Alliance members receive funding, training and support from AcadArena in order to establish their campus esports ecosystem.

In addition, Legends of Runeterra will be a regularly featured game in AcadArena’s weekly community events, while League of Legends: Wild Rift on mobile is expected to be included in UAC upon its release.

“Globe has always been at the forefront of supporting the grassroots initiatives for esports in colleges and universities,” said Dennis Christian Dominguez, Head of Games and Esports for Globe Telecom. “As a strategic partner for Riot Games and AcadArena we look forward to working with both to continue making gaming and esports related programs that will benefit the school and the students across the Philippines."

Founded in 2019, Esports AcadArena is a national initiative built by the pioneers of campus esports in the Philippines operating in the space since 2016 -- many of whom have worked for some of the biggest brands in the industry. Esteemed students who have participated in AcadArena programs have since graduated and joined the team full-time to make their story the story of more Filipino students.

“We're grateful for the trust put on us by both Globe and Riot in being a key campus esports partner here in the Philippines," said AcadArena founder Ariane Lim. “More announcements will come in the next months."

Learn more about AcadArena and what it can do for your school by visiting acadarena.com/alliance

Riot Games was founded in 2006 to develop, publish, and support the most player-focused games in the world. In 2009, Riot released its debut title, League of Legends, to worldwide acclaim. League has gone on to be the most-played PC game in the world and a key driver of the explosive growth of esports.

As League enters its second decade, Riot continues to evolve the game while delivering new experiences to players with Teamfight Tactics, Legends of Runeterra, VALORANT, League of Legends: Wild Rift, and multiple work-in-progress titles. Riot is also building the world of Runeterra through multimedia projects across music, comic books, board games, and the upcoming animated series Arcane.

Founded by Brandon Beck and Marc Merrill, and led by CEO Nicolo Laurent, Riot is headquartered in Los Angeles, California, and has 2,500+ Rioters in 20+ offices worldwide.