2020 is going to be awesome. Here's what we have planned in the coming months.
Announcements
May 29, 2021
Justin Banusing 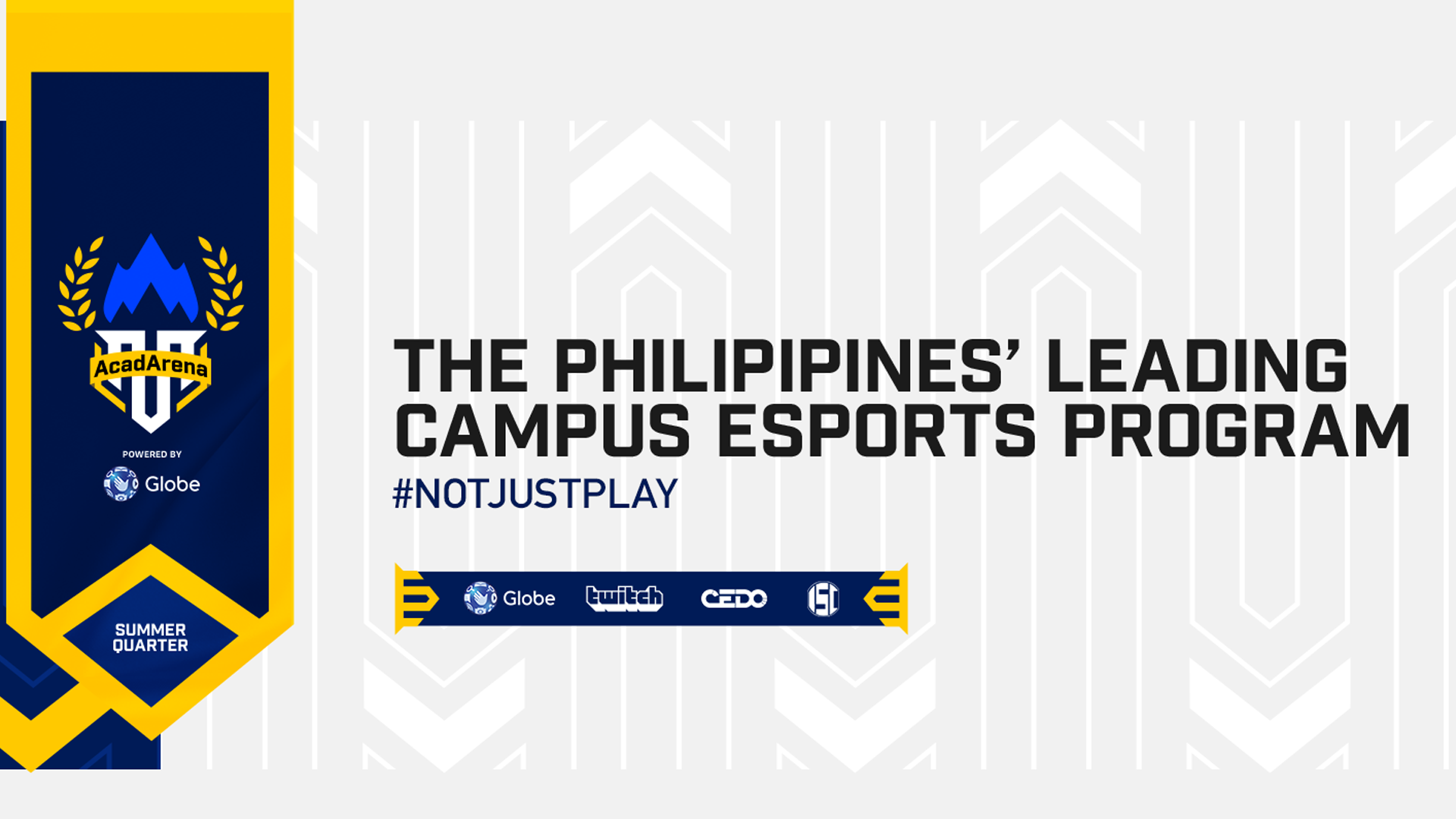 AcadArena, the Philippines’ leading campus esports initiative, is proud to be partnering with Globe Telecom and Amazon’s Twitch to level up student gaming programs across the country for the second year in a row.

AcadArena will be pioneering several new projects for 2020,  most notably the Alliance Program, where they will be working closely with select partner schools and student organizations to develop them into the model of what campus esports can be. AcadArena is expecting 400 schools to be a part of its various programs throughout 2020 -- which will be online for most of the part to accommodate for the current climate.

In the past year, the initiative has:

“The team at AcadArena are doing incredible work,” said Kevin Hoang of Twitch Student.  “We’re proud to continue working alongside them to help students unlock educational opportunities through gaming and esports.”

Staying true to its #NotJustPlay slogan, schools and organizations in the AcadArena Alliance Program will receive hands-on training and development support to ensure that their students have a headstart in the esports, gaming, and new media industries. It features a star-tier system, with campuses receiving perks and rewards the further they develop.

“The mere existence of AcadArena and their programs for the campus esports scene allowed LG Esports to really grow as an org and as a community in Ateneo,” said Kenneth Alog of Ateneo de Manila University’s LG Esports. “They've just had years of experience in the campus scene. Working with them helped us understand how esports can improve student life.”

To supplement the Alliance Program, AcadArena will be holding several competitive and educational programs over the summer. Dubbed ‘Summer Quarter’, these include:

“AcadArena always thinks of ways on how video games and esports can be relevant to student life,” said AcadArena director Ariane Lim. “Now, more than ever, institutions are looking for online solutions to education. We’re united with them at that front. By giving a platform for students to network through competition and do extracurricular activities in events management, broadcasting and design.” 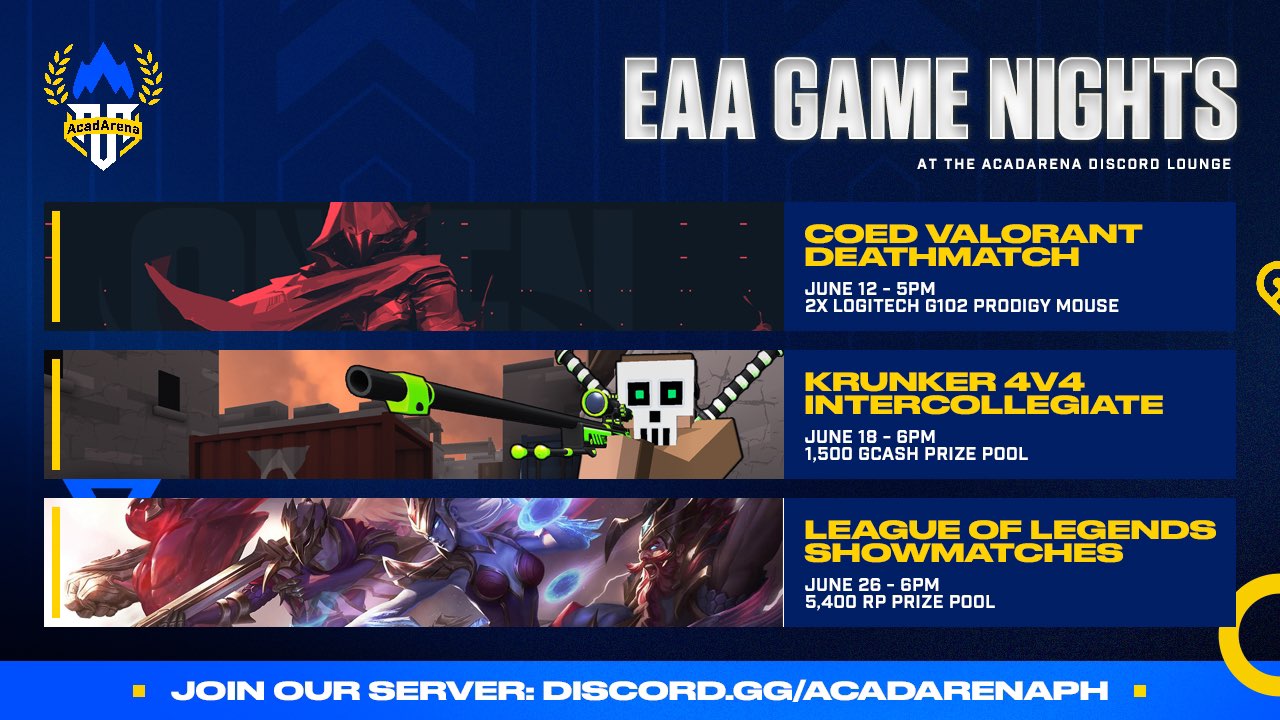 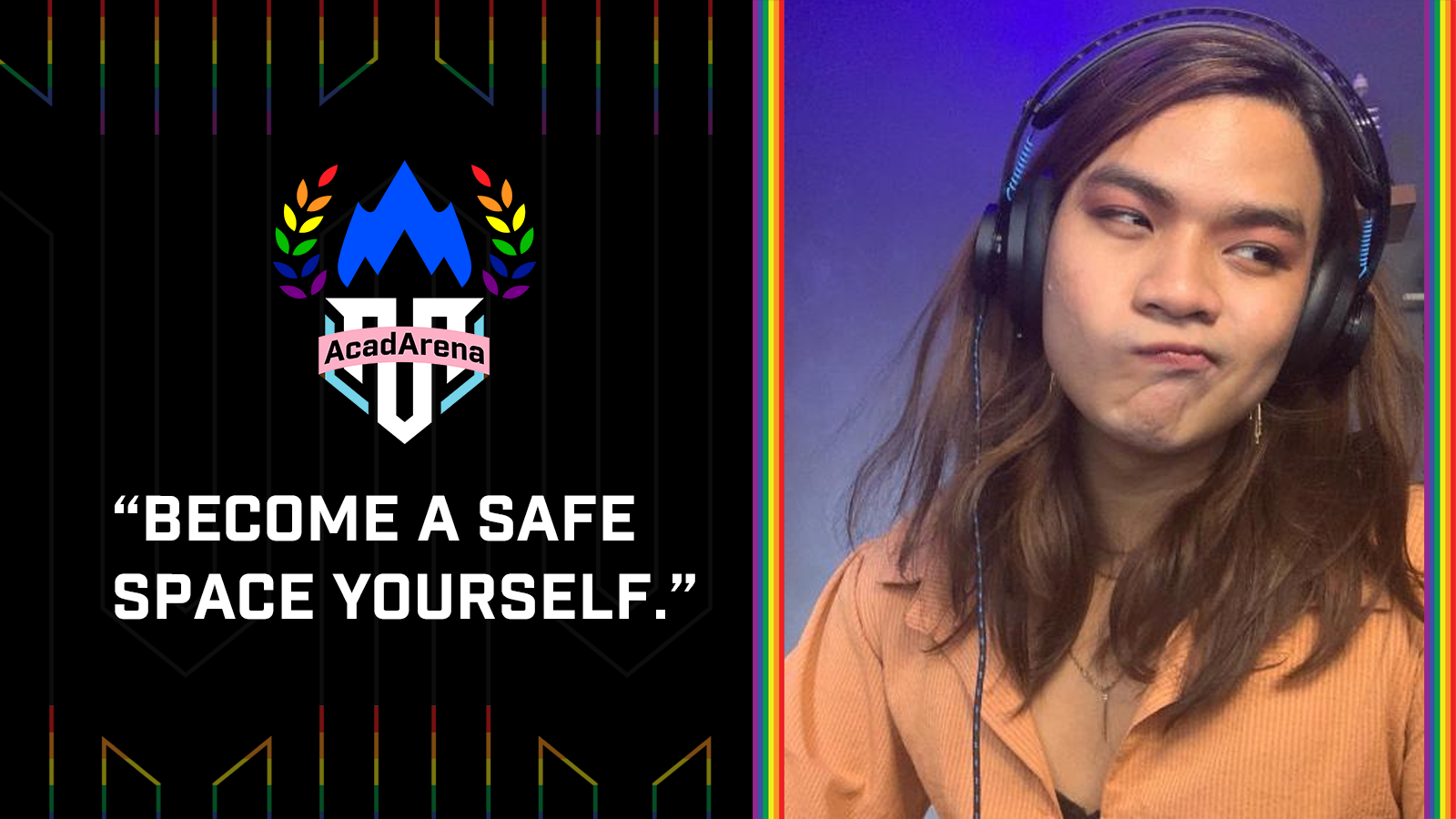 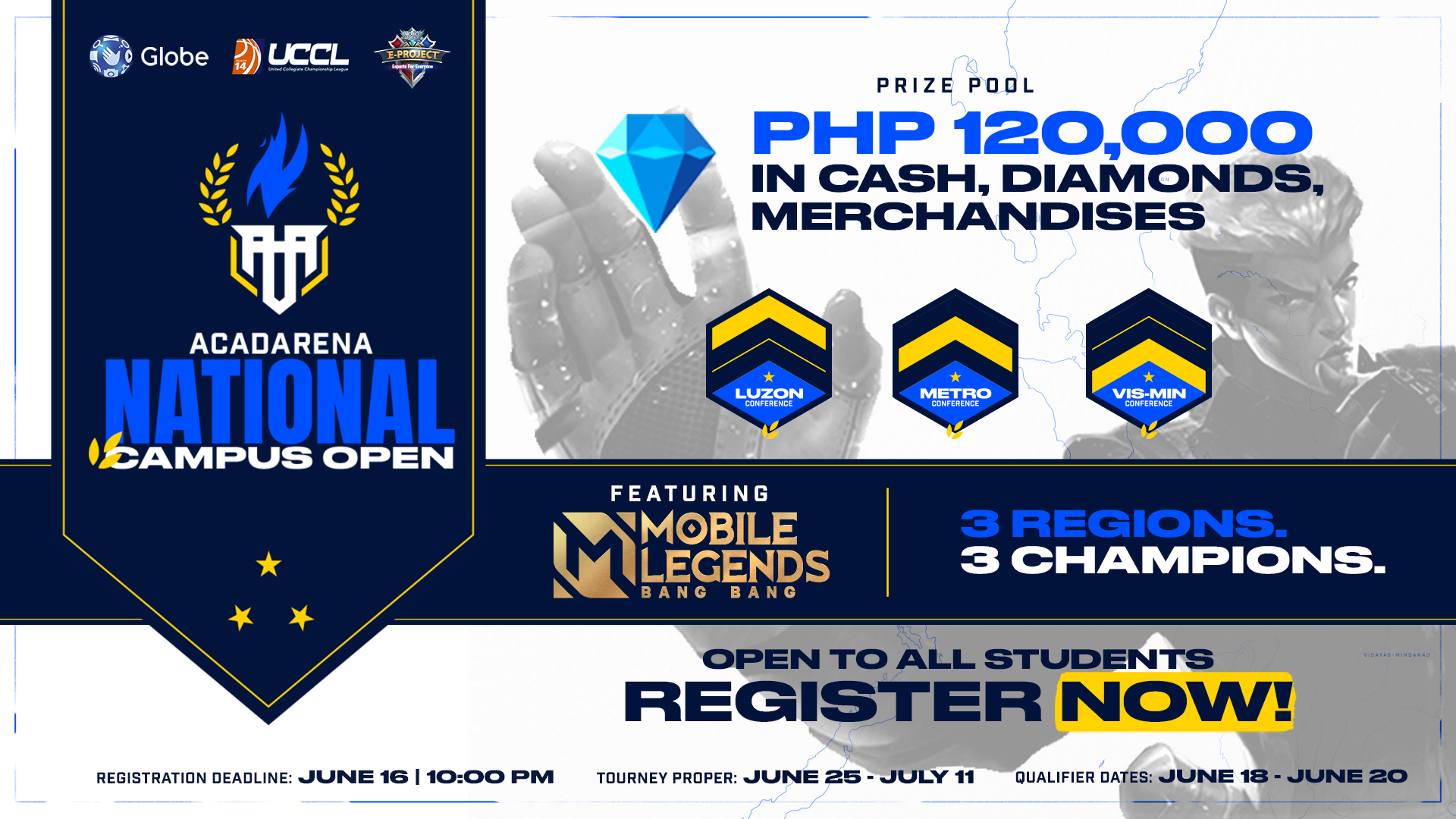 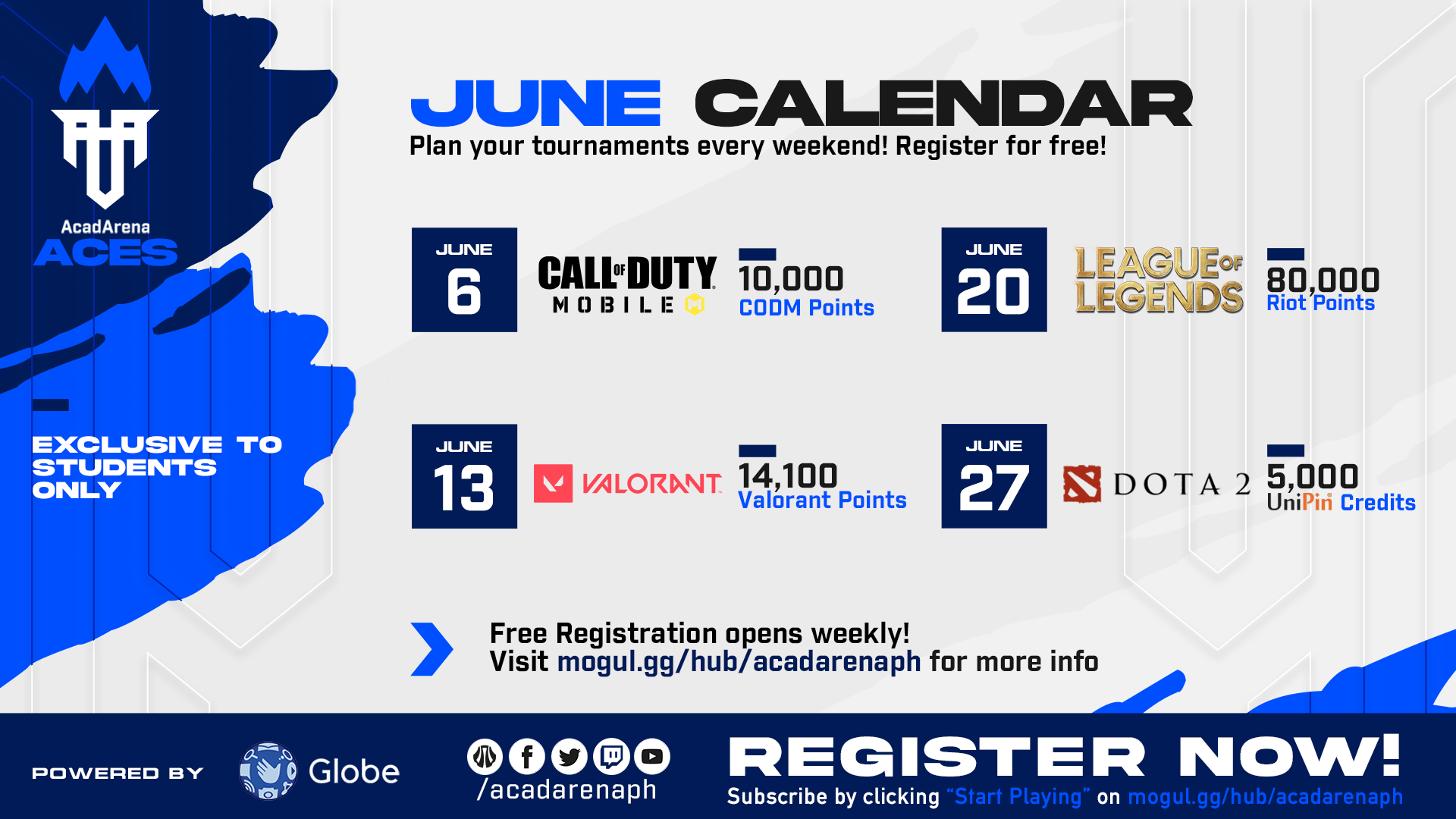 Ready for another month of competitive Collegiate events this June!

Sign up for our newsletter to learn the latest about AcadArena and esports in the Philippines!

Thank you! Your submission has been received!
Oops! Something went wrong while submitting the form.
WE WORK WITH