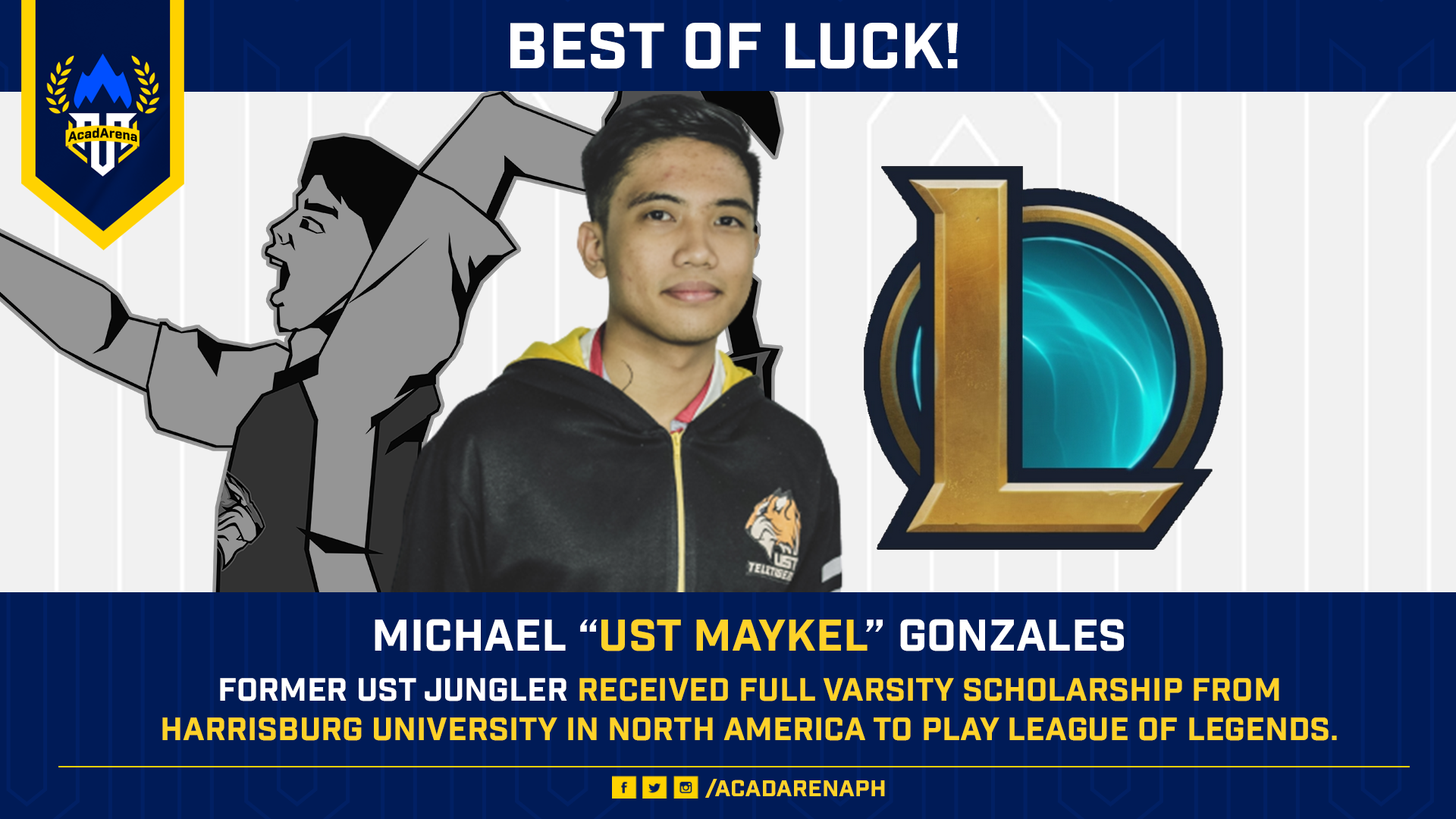 “Kaka-kompyuter mo yan” is the battle cry of Filipino moms everywhere, but for Michael James “Maykel” Gonzales, all that time in front of the computer has bagged him a full-scholarship to Harrisburg University of Science and Technology in Pennsylvania, USA.

Our next addition to the League team is no stranger to the collegiate AND international stage.

9 years of experience will make Maykel a star on our bottom lane ⚡ pic.twitter.com/Zqm5QblkbJ

The jungler for Teletigers Esports Club, now bot laner for Harrisburg University Storm Esports, applied for try-outs with the encouragement of a teammate. Of course, his padded competitive history with the Teletigers from the University of Santo Tomas did nothing but boost his case.

But before joining the team in Grade 12, Maykel was already wreaking havoc on the rift for at least six years. A friend during his elementary years introduced him to League of Legends and safe to say — he was hooked.

“It was the gameplay. It was like DoTA and I loved DoTA,” Maykel shared. The only caveat to his DoTA playing was that everyone else had begun playing League. “It’s fun when there’s someone to play with.”

True to his words, Maykel seemed to have always been connecting with someone while he’s playing any game. Growing up, it was his older brother and cousin who introduced him to video games, then it was friends from school who gave him a sense of belonging. Now, for the past three years, the Teletigers have been his community, his support system, his family — “I thank them a lot.”

Nine years strong and still loyal to the same game, Maykel reveals that it’s the sense of competition that gets him coming back for more. He recalls the experience of joining his first tournament — a local tournament organized in his province — and how it sparked a voraciously competitive drive inside him. “It was a win, and that’s where I’m happy.”

In chasing after this happiness, Maykel and the rest of the Teletigers have remained a dominant League of Legends team in the collegiate Philippine esports scene with one of his teammates, Jan Edward “Cresho” Hortizuela, even being signed to a professional team. Representing the Philippines for three years in a row at the IEF and being the 2021 Philippine champion and representative for Team Liquid IMC 2021, Maykel definitely isn’t lagging behind in his pursuit of the victory screen.

“I would not be able to have this opportunity if [Teletigers] did not [recruit] me,” Maykel voiced out. “I did not just get skills from the game itself, but they helped me grow as a person. [Playing in AcadArena] gave me a lot of opportunities to prove myself.”

“Maykel was always passionate about winning,” said Theo “Uomi” Ignacio, founder of the Teletigers Esports Club. “In his stay with Teletigers, I always saw him as a player driven by that will to win, and he would do anything to get that victory with his team.”

“I feel excited and nervous at the same time,” Maykel confessed. “Maybe I’ll fail, you know?” With new teammates, a new country, and a new form of pressure to represent his countrymen, Maykel is facing a lot of changes that justifies a shaky laugh at the thought of failure. But if there’s anything all of his past victories prove, it’s his strong mentality.

“As he competed in AcadArena events, the most significant improvement I saw was that he learned how to embrace responsibility in the end,” Uomi says. “I think that’s what makes him prepared for his next chapter as a player in a foreign university.”

For more information on AcadArena and the campus gaming ecosystem, visit the at acadarena.com.

Registrations for the current League of Legends season are now ongoing at https://bit.ly/NCOLoLS3OpenQualifiers