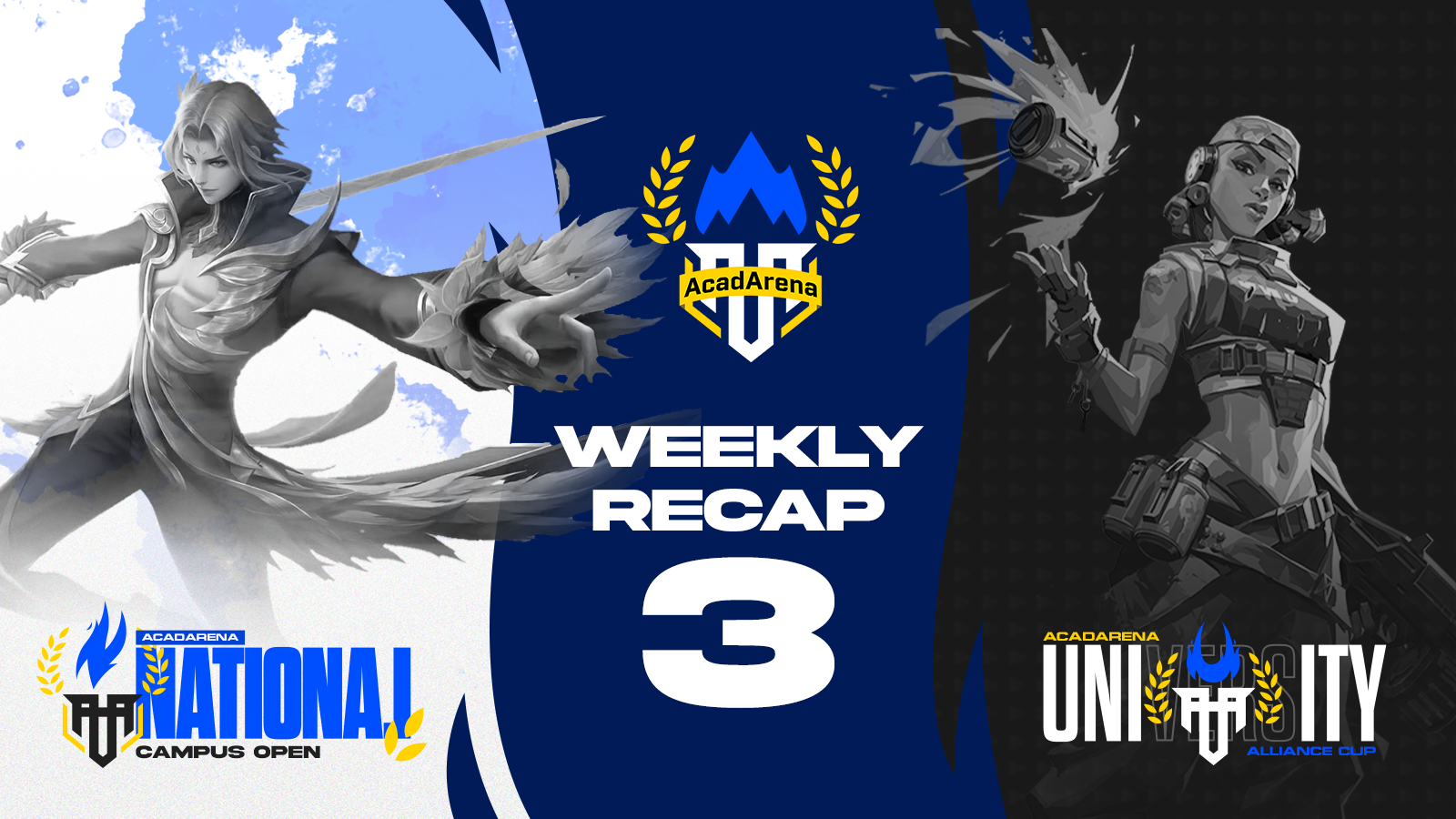 The battle to represent the country in the PVP Esports Campus Championships resumed with the third week of the AcadArena University Alliance Cup last Saturday. Here’s what you missed:

An afternoon of thrilling Valorant action kicked off with literal fireworks when Viridis Arcus and Oblation Esports duked it out until OVERTIME on Split. A clutch 2k from Jason “Zushi'' Ramos was all the Fighting Maroons needed to secure their first win of the season, much to the delight of the 3% who backed them in the Pick’ems.

LG Esports’ loss to the Mustang Warriors also leaves the league with only two undefeated teams: the MGS Spades and the iTamaraws. The Spades simply cruised through the Haribons while the iTamaraws held their ground to keep the Teletigers winless for three weeks in a row.

And did we mention we peaked at 23.5k(!) viewers on Twitch last weekend?

16 campus teams are in contention for local and international glory but only one gets to represent the Philippines in the PVP Esports Championship. Relive all the action from the opening day of the National Campus Open for MLBB:

The boys from the Polytechnic University of the Philippines couldn’t have asked for a better start to their NCO campaign. PUP FEWA and PUP ISKO played two games each and ended up victorious in all of them.

The Bravehearts and Osmathus picked up opening day wins of their own in their one-game cameos while the Apex Tamaraws and the Warlocks had to settle with a win and a loss.

Teletigers and Gearhawks Blaze, on the other hand, were unable to conjure a win despite playing three games each. A bad day at the office.

1 million PHP worth of cash, grants, and RP, as well as the chance to represent the Philippines in the PVP Esports Championship are up for grabs. AcadArena NCO action resumes next week on https://www.facebook.com/AcadArenaPH