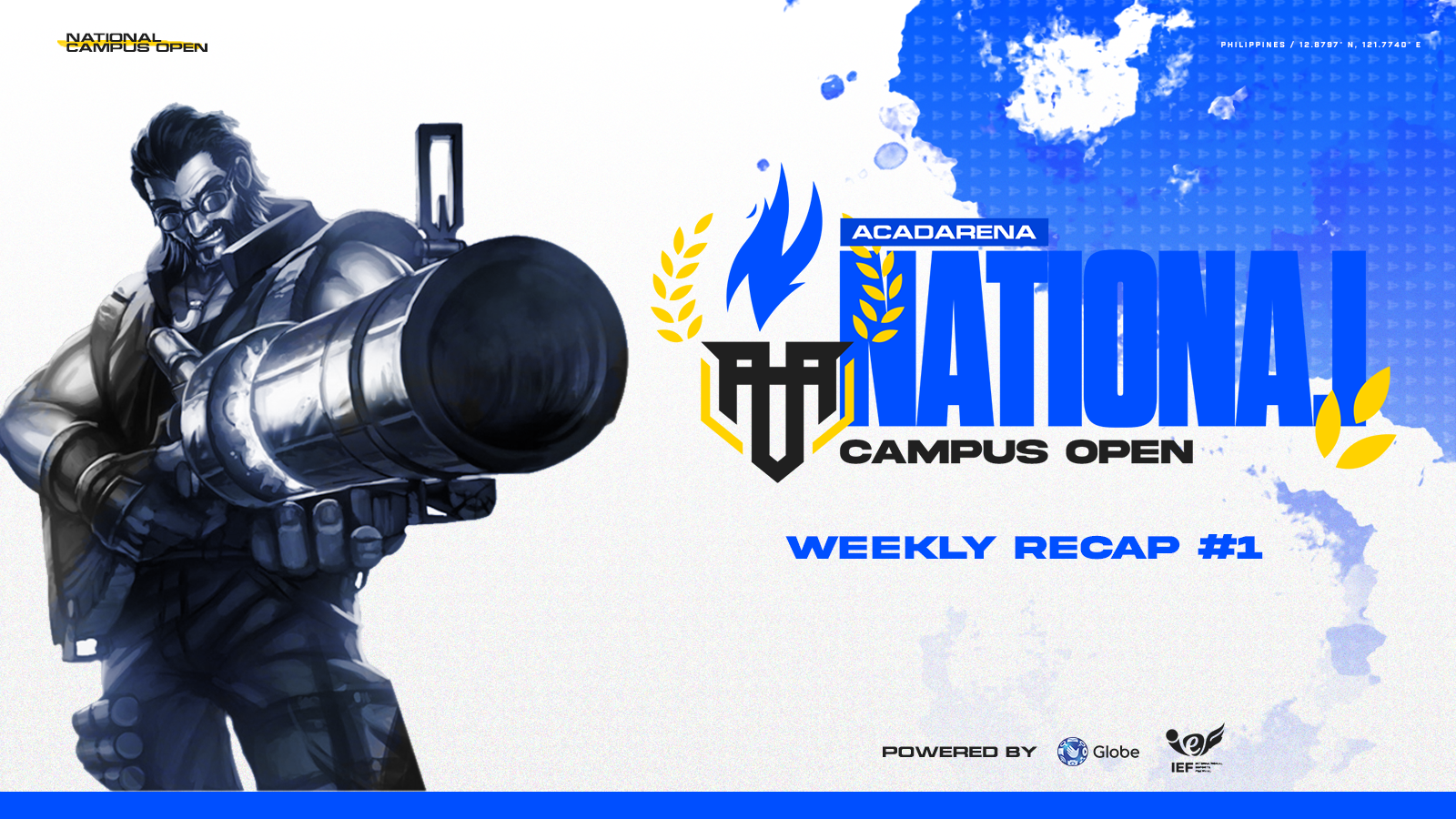 16 campus teams are in contention for local and international glory in the National Campus Open and the winner gets to represent the Philippines in the International e-Culture Festival 2020 Korea next month. Missed the week 1 action? We’ve got you covered.

Newcomers Exos Haribons turned heads when they took down Valiant Archangels Blue to claim a crucial opening-day win. The group of death just got more chaotic.

It just wasn’t a great day for Pampanga’s reps as Valiant Archangels Black succumbed to a rejuvenated SAGE Esports squad. It appears the Golden Eagles have gotten tired of playing David all the time.

A new-look LG Esports picked up an opening-day win of their own against the Apex Tamaraws. They secured the Baron this time, if any of you are wondering.

1 million PHP worth of cash, grants, and RP, as well as the chance to represent the Philippines in the International e-Culture Festival 2020 Korea are up for grabs. AcadArena NCO action resumes next week on https://www.facebook.com/AcadArenaPH