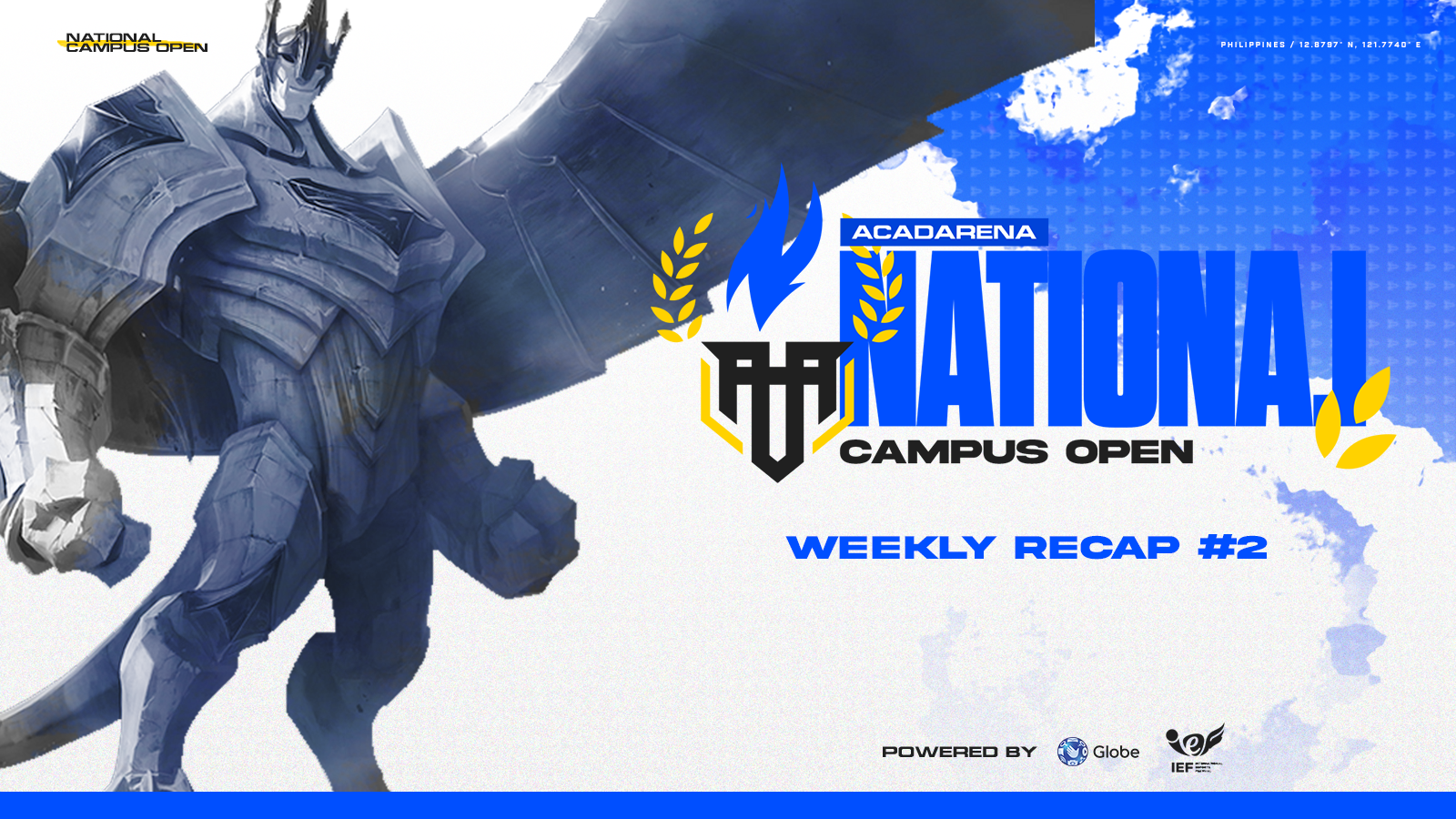 16 campus teams are in contention for local and international glory but only one gets to represent the Philippines in the International e-Culture Festival 2020 Korea next month. Here’s what you missed from week 2 of the National Campus Open.

Valiant Archangels Black are finally on the scoreboard after going against the odds and handing Oblation Esports their first loss of the season. The Fighting Maroons just can’t seem to catch a break whenever they go up against Pampangueños.

It was a great day to be a Valiant fan as a whole as Valiant Archangels continued their excellent start to the season by dispatching the Apex Tamaraws.

The Golden Eagles are slowly stamping their claim as real contenders for the title with a comfortable win against Viridis Arcus. Fellow Ilonggos Golden Lions Esports and Assassins V2, however, were unable to pick up debut wins.

LG Hydra are also up 2-0 after taking down the Gearhawks in style.

1 million PHP worth of cash, grants, and RP, as well as the chance to represent the Philippines in the International e-Culture Festival 2020 Korea are up for grabs. AcadArena NCO action resumes next week on https://www.facebook.com/AcadArenaPH