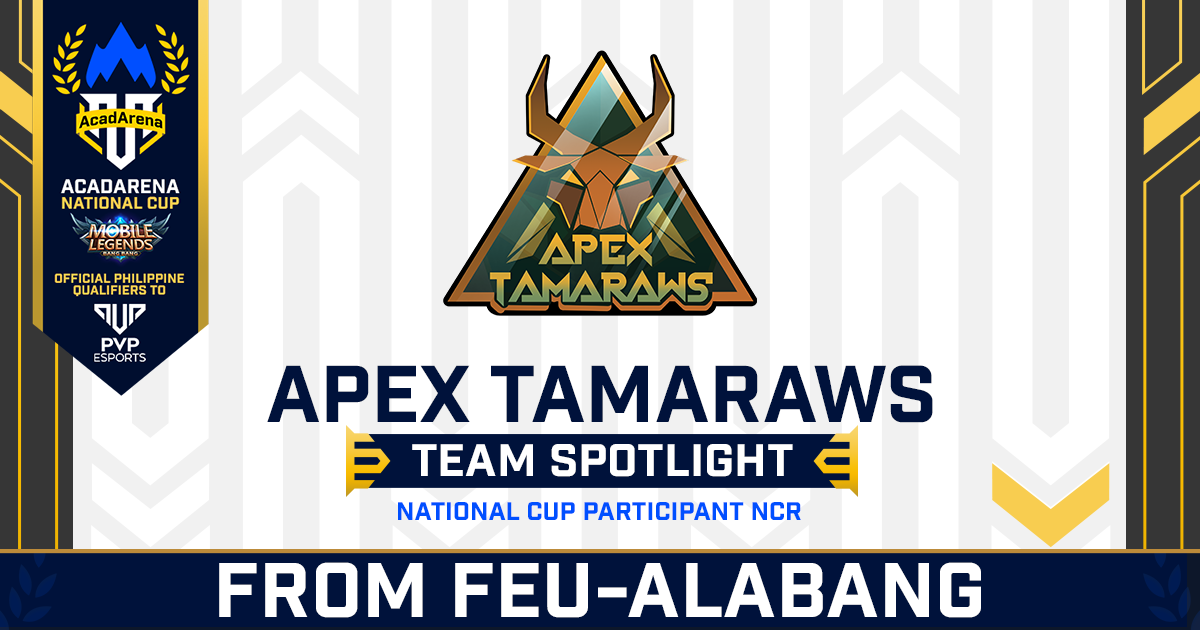 Far Eastern University students are known to be highly competitive when it comes to Esports with players and teams bearing the school name to have joined multiple collegiate tournaments from past to present. While the Institute of Technology campus seems to be more visible in terms of being represented, the level of competitiveness is obviously not limited there as FEU’s Alabang campus is also home to another team that wishes to carry the FEU flag into Esports, the FEU Apex Tamaraws.

Sharing the same origin story as with most of our competitors, that is a team formed to compete in a tournament held within their school, team Apex Tamaraws members set their goals higher and went on to be part of the varsity tryouts. A relatively new team, Apex Tamaraws members are yet to build their competitive history together as a team and only 3 of their members are said to have pro-am experience.

Still, the Apex Tamaraws will not let this fact hinder their quest of winning the AcadArena National Cup as they train with a heavy focus on building teamwork and chemistry.

Being publicly recognized by their campus by way of their school’s Junior Philippine Computer Society, it is clear that Apex Tamaraws has the support of their fellow campus mates going into the tournament, and that level of confidence might just be the edge that they are looking to utilize as they aim for the championship. As Fighter player, Vince Leonard “Hadi?” Hadi would describe it: “Our university is open-minded about the esports industry and its potential market value in the coming years. Our school also believes that academic excellence is not the only way for students to excel but also through the means of competitive gaming.”

Be sure to tune in to the Esports AcadArena National Cup MLBB Tournament live starting this Aug 2 at fb.com/acadarenaph. MLBB Diamonds will be given away for viewers so be sure to tune in and support your favorite team!