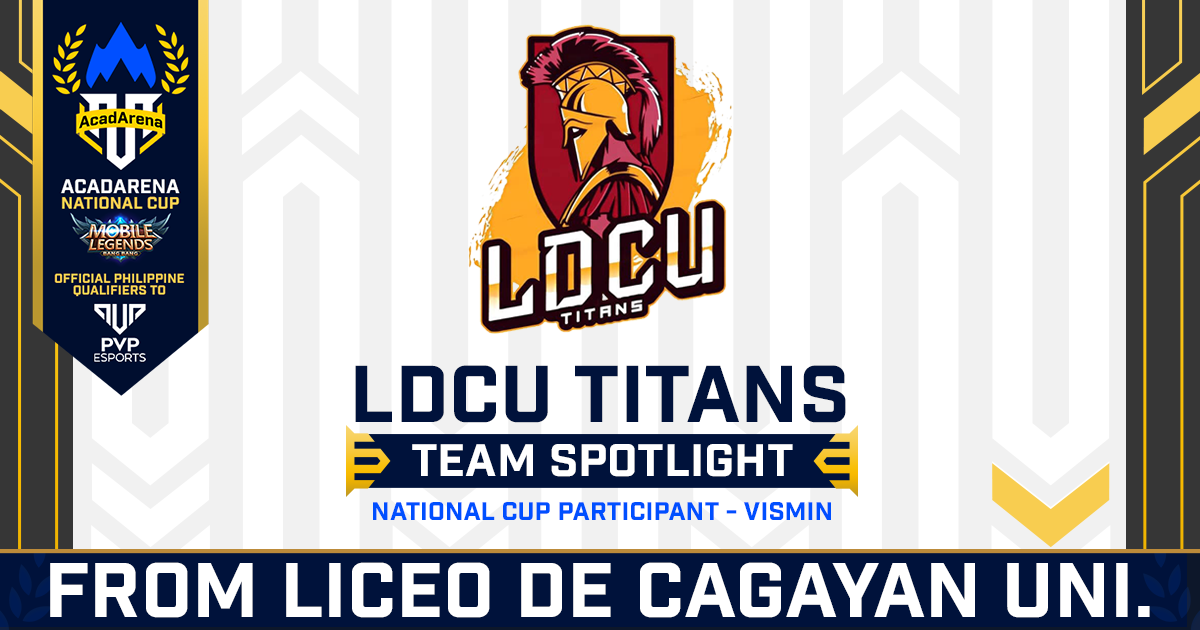 LDCU Titans, the MLBB collegiate team whose members are from Liceo De Cagayan University, one of the Cagayan De Oro’s most iconic institutions, is one of the 2 VisMin teams to compete in the AcadArena National Cup. The only team to come from Mindanao, the hopes are high for LDCU Titans as they aspire to claim the championship gold not just for themselves but also for the region.

Started as a team that was formed to participate in their school’s Esports competition as part of the intramurals program, LDCU Titans underwent multiple reformations before arriving at their current roster. Just like their other adversaries, the team was not just limited to tournaments within Liceo but also participated in other pro-am MLBB tournaments nationwide via online play.

Joining tournaments with the goal of being pro in mind, LDCU Titans employs a strict team practice schedule, expanding skill, together with experience and practicing together to hone their teamwork and, the most important part, have fun in doing it. As tank player Jeric “Liam” Abacahin puts it “Laro lang. Ine-enjoy namin ang moment kung saan kami ngayon .Ang importante masaya kami habang nag lalaro”

Together with their goal of winning the championship gold, the LDCU Titan also hopes that any recognition that they get from playing in the National Cup will also help boost and promote the Esports culture not just in Liceo De Cagayan, but also in the rest of Cagayan de Oro.

Be sure to tune in to the Esports AcadArena National Cup MLBB Tournament live starting this Aug 9 at fb.com/acadarenaph. MLBB Diamonds will be given away for viewers so be sure to tune in and support your favorite team!