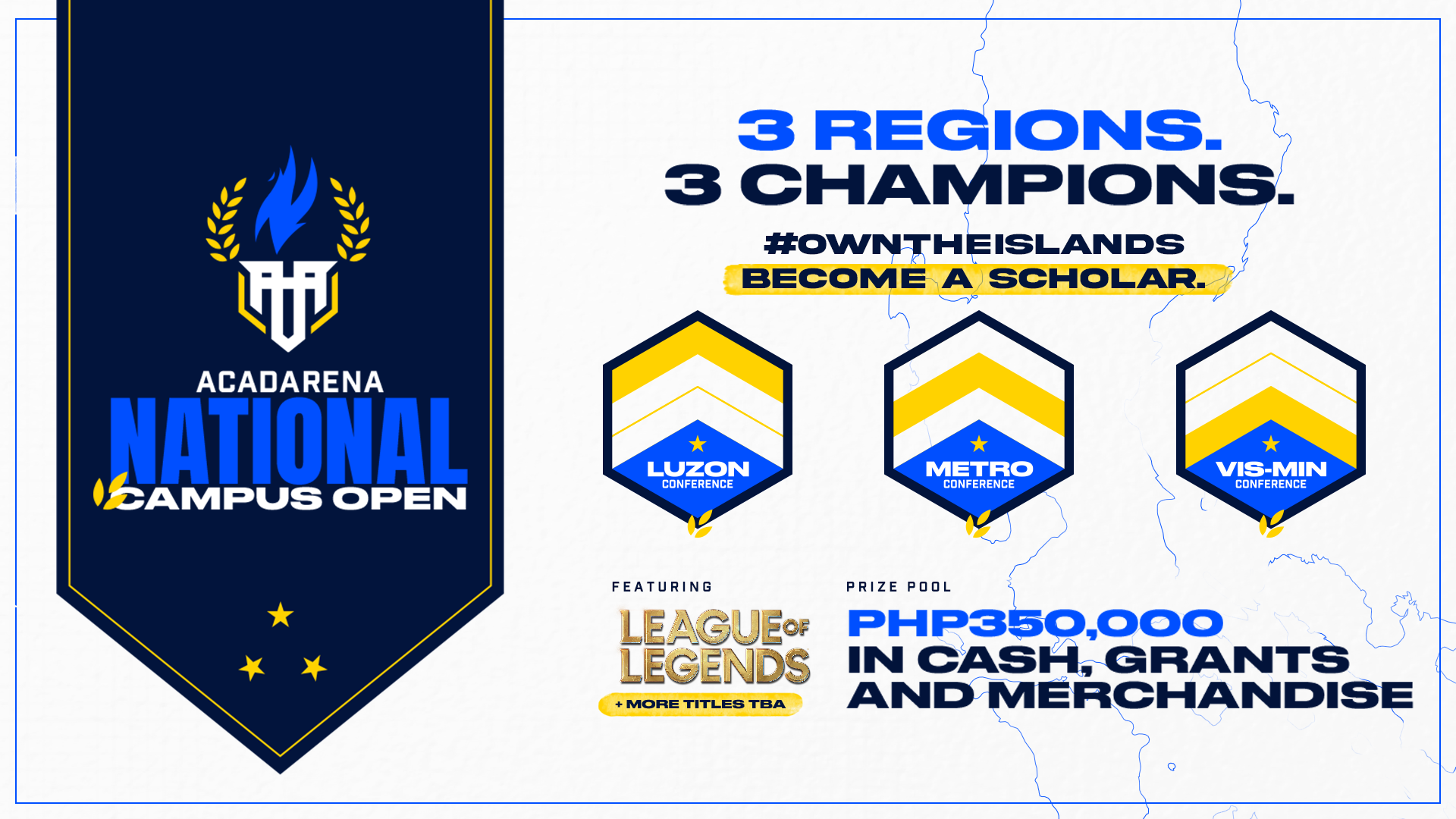 The National Campus Open is back with three titles, three regions, and three regional champions over a new format that aims to ignite the flames of campus esports brighter this 2021. We’ll be having both Season 2 and Season 3 this year, and we’re excited to finally reveal it.

We’re shifting things around this year. For the past couple of years, we’ve been seeing teams from different regions find it hard to grow on a country-wide tournament. In AcadArena, we’re all about growth- and we want to feature your story in campus esports.

That’s why we’re dividing National Campus Open into three major regions to accommodate three regional champions in Season 2. Regional rivals, regional kings, and campus esports stories that matter to you will be all accessible in our Facebook and Youtube.

Your path doesn’t end in regional domination. In Season 3 of National Campus Open, we’re opening the gates to an even bigger tournament where the best of all the three regions will clash in an interregional tournament to determine which teams will carry the Philippine flag in international tournaments this year.

Thousands in Prizes and a Shot at Scholarships

Each title will feature over PHP 100, 000 in prizes. In addition, the 8 teams from the 3 regions that make it to the regional stage in Season 2 will get an exclusive, limited edition merchandise bundle from AcadArena. The best part is that competing in the National Campus Open allows you to apply for our G.A.M.E Scholarship as long as you’re part of an Alliance organization.

Not part of the Alliance yet? Learn more.