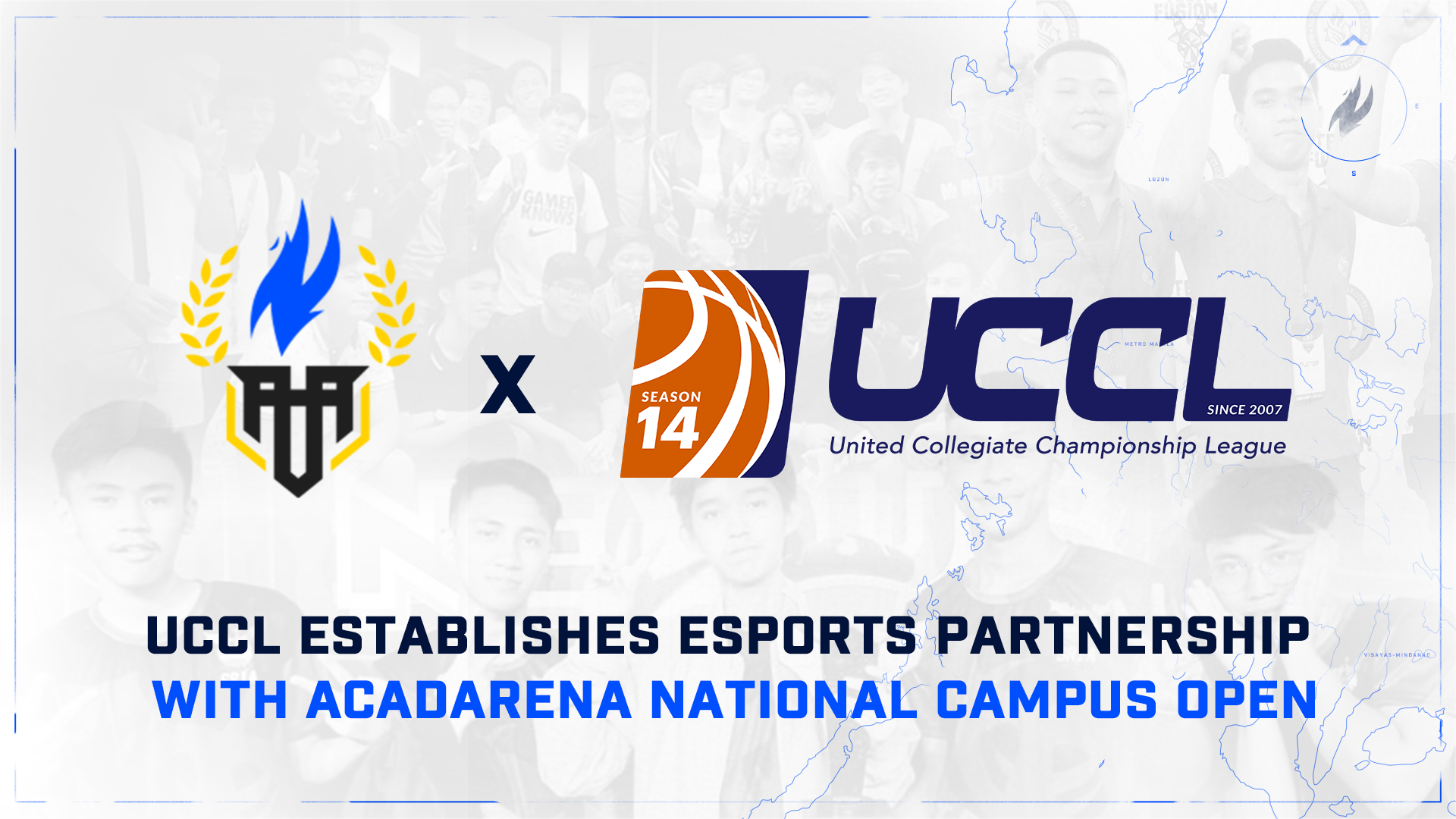 AcadArena, the country’s leading campus esports network, will be working hand-in-hand with UCCL to bring its network of over 30 schools into esports. This includes the FAITH Colleges and Malayan Colleges Laguna, both schools with significant contributions to the collegiate esports space.

“We’re incredibly excited to work with AcadArena to enter the esports space,” said Juan P. Lozano, president  of the UCCL. “Esports is something that can provide students with countless opportunities, and we are looking forward to being at the forefront of it alongside an industry leader.”

The UCCL National Campus Open - Luzon will be one of three regional conferences in AcadArena’s National Campus Open circuit, the other two being one for the Metro Manila region and another for the Visayas-Mindanao region. The circuit runs twice a year and features free-to-enter competition for League of Legends, Mobile Legends: Bang Bang and Call of Duty Mobile.

“UCCL is one of the most forward-facing athletic conferences in the Philippines, so we’re delighted to be collaborating with them,” said AcadArena COO Justin Banusing. “We know this is the start of something amazing, and we’re hoping this creates a domino effect of more universities and conferences entering esports.”

Top placers in each National Campus Open conference will proceed to an Inter-Regional Championship to decide who represents the Philippines in various international competitions such as the International Esports Festival. Students who make playoffs in their respective conferences are eligible for scholarships as part of AcadArena’s pioneering Esports Merit Scholarship program.

Below are some of the schools included in the UCCL network:

The United Collegiate Championship League (UCCL) traces its roots to the North Batangas Open League (NBOL) way back in 2007. Spearheaded by FAITH Colleges, the league’s aim is to be the number one pre-season tournament in the North Batangas Area and enhance the skills of the players in the grassroots level. With the overwhelming response of schools in and out of the North Batangas area, the scope of the league was extended to the CALABARZON region. In its last season, UCCL had already more than 30 schools competing in basketball, volleyball, football, baseball, futsal, beach volleyball, and chess. For Season 14, UCCL breaks into esports as the first organized collegiate league to do so.

Founded in 2019, AcadArena is a national initiative built by Ariane Lim and Justin Banusing, the pioneers of campus esports in the Philippines operating in the space since 2016 working for some of the biggest brands in the industry such as Garena, ESPN and NetEase. Currently, AcadArena engages with over 300 schools nationwide and is a strategic partner for collegiate esports of Globe and Twitch Student.