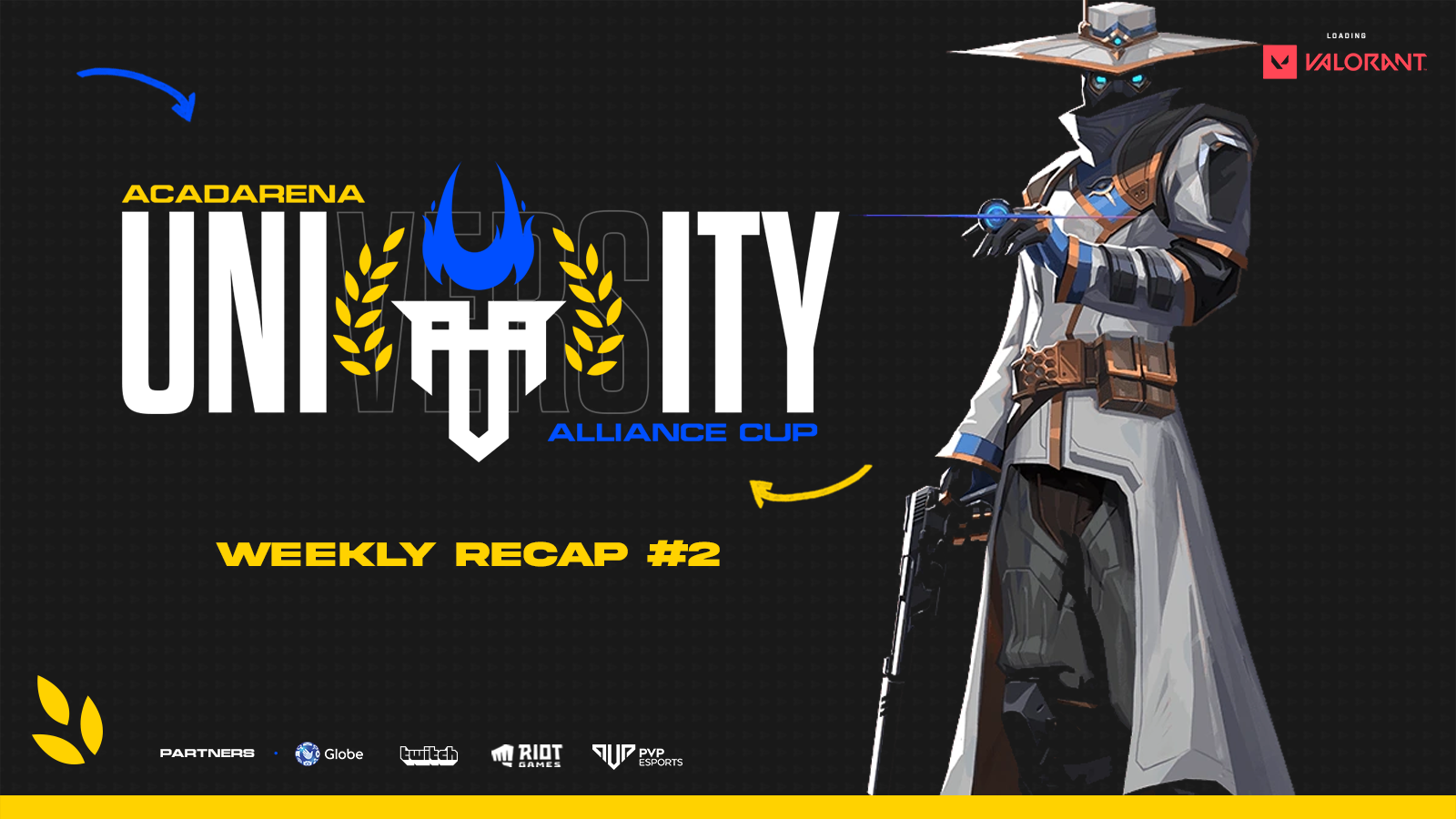 The battle to represent the country in the PVP Esports Campus Championships resumed with the second week of the AcadArena University Alliance Cup last Saturday. Here’s what you missed:

Another week, another win for LG Esports and Viridis Arcus. The Blue Eagles and the Green Archers beat the Gearhawks and the Haribons, respectively, to go 2-0 in their respective groups.

What else do these teams have in common? The Juan brothers. Dominic “skwamy” Juan made waves with multiple clutch plays (including a 1v5 ace in the grand final) in LG’s path to the AcadArena COED Invitational title while his brother Xavier (xavi8k) has proven to be a reliable fragger for Viridis Arcus so far.

LG and Viridis Arcus, however, are in different groups so we can only witness the brothers settle the score on stream if their teams face each other in the playoffs.

In an amusing turn of events, Oblation Esports and the Teletigers still find themselves winless after two weeks. It appears their dominance in the Rift hasn’t carried over to Valorant just yet but you can count on the Teletigers’ championship pedigree to come through sooner rather than later.

As for Oblation Esports, well, let’s just say it was unfortunate that they had to play teams with Valiant in their name for two days straight.