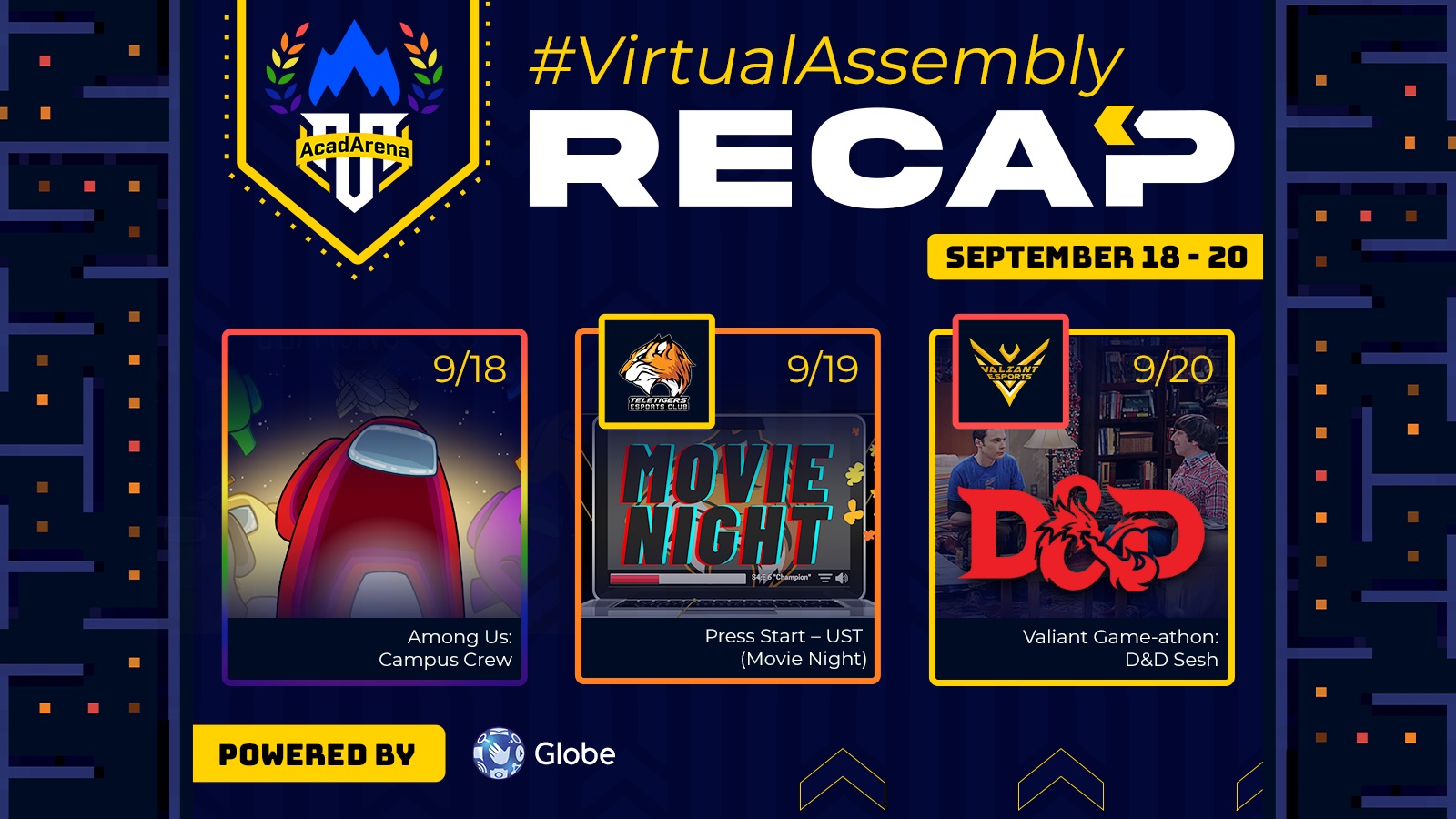 With the first season of the Alliance League wrapped up, Esports AcadArena now shifts its focus on a month-long series of educational and relationship-building events for the community.

Virtual Assembly will run from the 18th of September to the 25th of October and will feature activities that open up more opportunities for students to bond with each other, encourage girls to play competitively, motivate families to play together, and help fresh graduates make their way into the scene.

Valiant Esports kicked things off with a movie night and followed it up with an Etrams tournament for League of Legends last weekend. They wrapped up their three-day event by playing Among Us, Skribble, and D&D in the Valiant Game-athon.

“We were able to livestream the D&D session that was open for everyone to join. From the looks of it, the participants enjoyed every minute of the three-hour session,” said Valiant’s beaming Jan Robert “Kinzonn” Alvarez.

Meanwhile, the Teletigers, still bathing in the afterglow of their Hearthstone and League of Legends championship wins, held a horror movie-watch party last Saturday. They gave attendees the option to leave their microphones on so you can imagine how chaotic that evening played out.

Viridis Arcus, LG Esports, and the Warlocks are among the organizations with events of their own lined up for this week. For what it's worth, Virtual Assembly’s well-received first few events are an indication that more exciting things are yet to come for the month-long initiative.

“Virtual Assembly events allow us students from different schools to foster relationships with one another,” said Teletigers’ Richard “Vessence” Sergio. “With the help of Esports AcadArena we can even reach out and help other schools who want to develop their own gaming community to show that being a gamer and a student is #NotJustPlay”

Student organizations and campus esports programs interested in participating in the Alliance program may learn more about it and fill out the application at: http://acadarena.com/alliance.